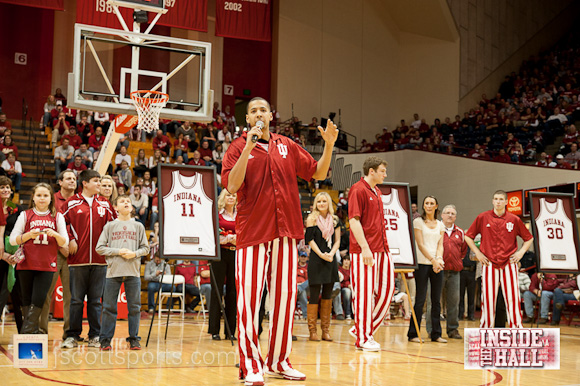 The surgery was performed by Thomas Klootwyk, MD of Methodist Sports Medicine / The Orthopedic Specialists in Indianapolis. Jones sustained the season ending injury during the first round of the Big Ten Men’s Basketball Tournament in Indianapolis March 8.

Jones, who will graduate this spring, was a key member of the rebuilding process of the IU basketball program and helped the Hoosiers to their first NCAA tournament berth in four seasons.

About Methodist Sports Medicine / The Orthopedic Specialists Methodist Sports Medicine / The Orthopedic Specialists, a partner of Indiana University Health, is Central Indiana’s premier provider of comprehensive orthopedic services and has built its reputation on excellence in orthopedics and sports medicine for more than 25 years. Official team physicians for many high schools, college and professional teams, including the NFL’s Indianapolis Colts, 100 percent of the group’s orthopedic surgeons are fellowship trained, board certified and leaders in new technologies, procedures and research. For more information, please visit www.methodistsports.com.

Jones averaged 7.5 points, 3.2 assists and 2.9 rebounds in 24.5 minutes per game in his final season for the Hoosiers.