Film Session: Watford and Hulls get back into the action

In Indiana’s 69-50 win against the Golden Gophers on Sunday afternoon, both Christian Watford and Jordan Hulls arose from their offensive slumber to lead the Hoosiers in scoring with 12 a piece.

A look at two of Watford’s buckets and three of Hulls’ in the latest edition of Film Session.

Watford has the ball out near the timeline: 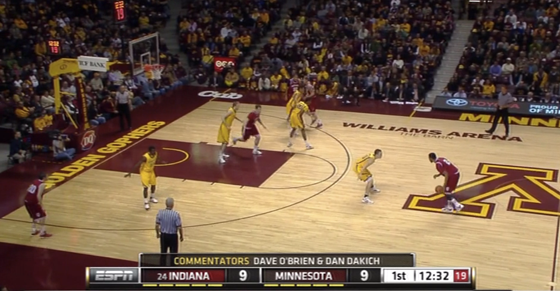 Pritchard sets a high ball screen for him:

Which gives Watford enough room to get off a midrange jumper: 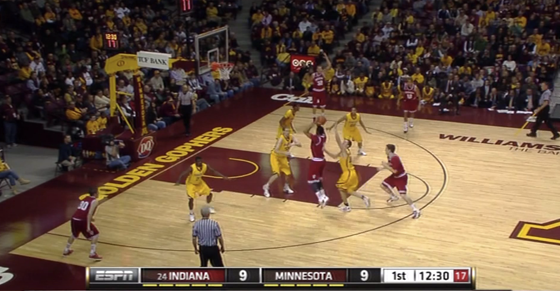 As you’ll hear on the audio of the video, Tom Crean and his staff have been working with Watford on his mechanics and form, part of which was on display on his first bucket of the game here.

After a Minnesota bucket, Verdell Jones pushes the ball up the court: 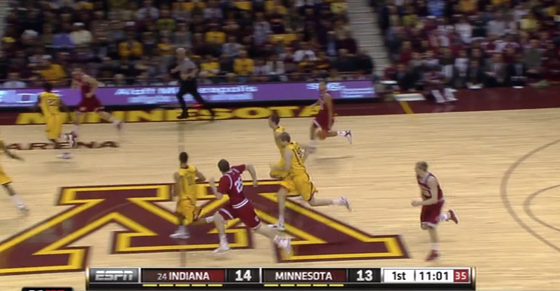 Watford is trailing and open so he passes to him: 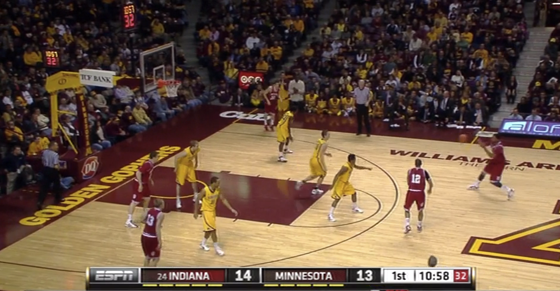 Watford has enough room to step into this shot and exhibit some good follow through, as Dan Dakich notes on the call: 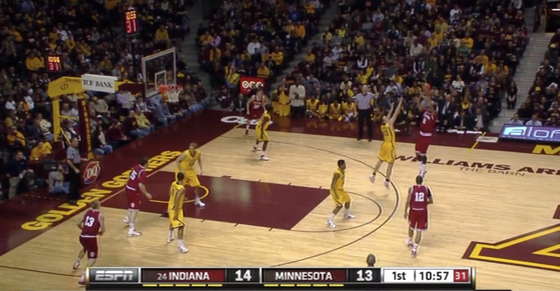 Will Sheehey comes off the left wing: 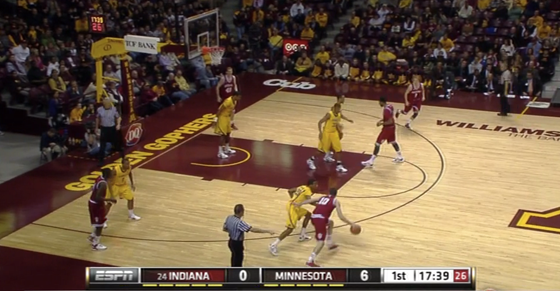 He hands off to Hulls: 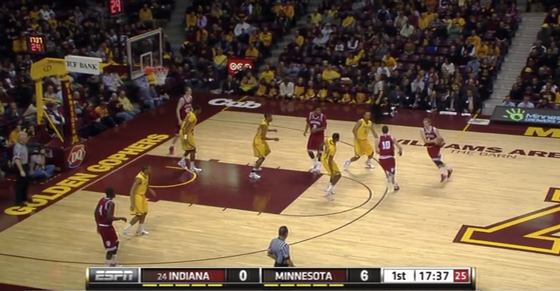 This creates a small bit of confusion between Minnesota’s defenders. Andre Hollins motions Joe Coleman over to Hulls, as to say “we aren’t switching, stay with him!”: 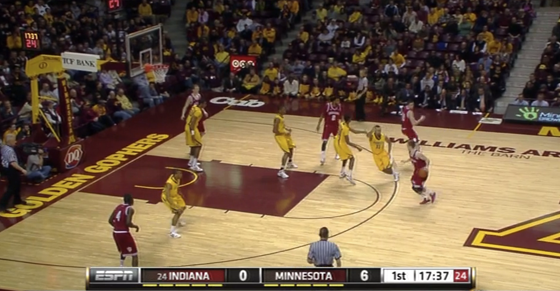 This allows Hulls to get a step and keep Coleman on his right hip: 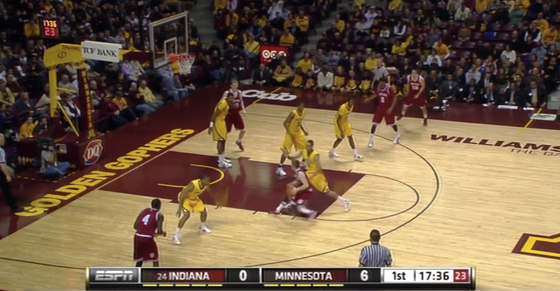 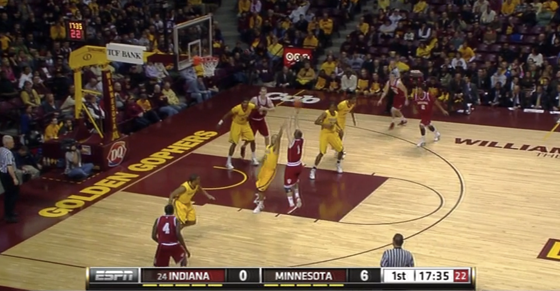 Nice aggression here from the Bloomington native, which had been lacking of late.

Hulls has the ball on the right wing and is guarded by Julian Welch: 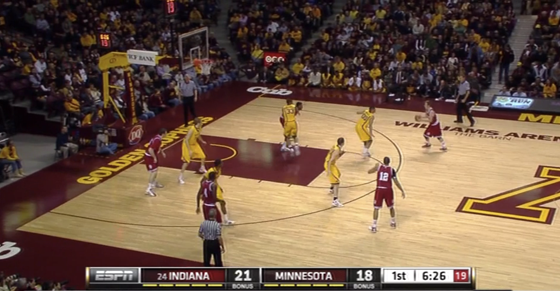 Hulls looks at a possible entry pass to Watford, which has Welch leaning left and slightly away from Hulls with his hands down: 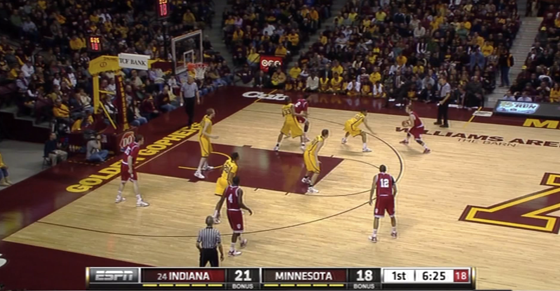 He takes the sliver of space, shoots and scores: 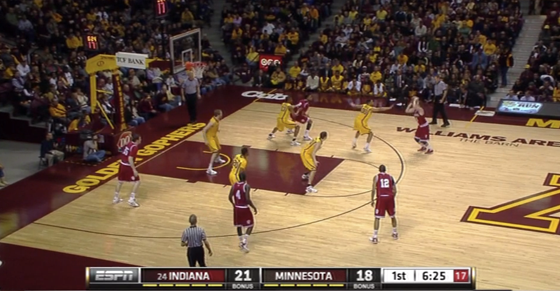 Hulls cuts across the court and receives a pass from Jones: 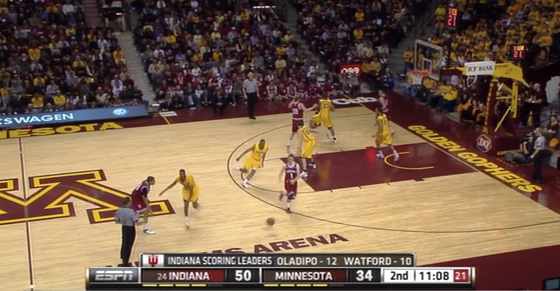 Hulls gets a ball screen from Watford: 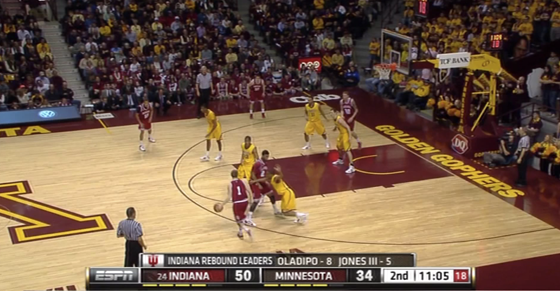 He shot fakes and gets Hollins moving up in the air: 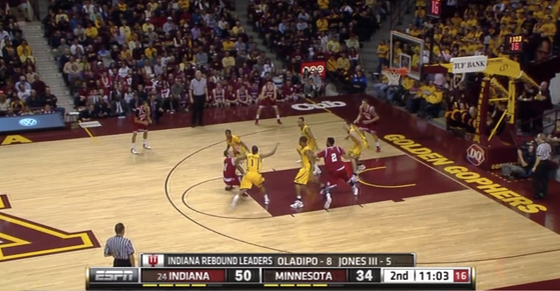 Hollins has to double back to try and get a hand up, and Hulls has a pretty clear look he connects on: 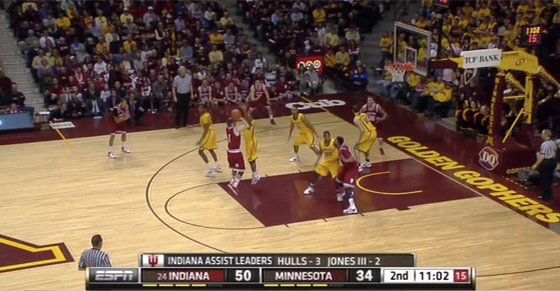 Again, Hulls looked for a shot here with some aggression, and it paid off.