Will Sheehey got off to a strong start in Wednesday night’s win against North Carolina Central, scoring eight of his 12 points on 4-of-6 shooting. The sophomore showed a litte more bounce in his step since coming back from his ankle injury, rising high on his mid-range jumpers and slashing to the basket from the corners.

A look at his first half buckets in the latest edition of Film Session.

Jordan Hulls is met going into the paint, so he kicks out to Sheehey: 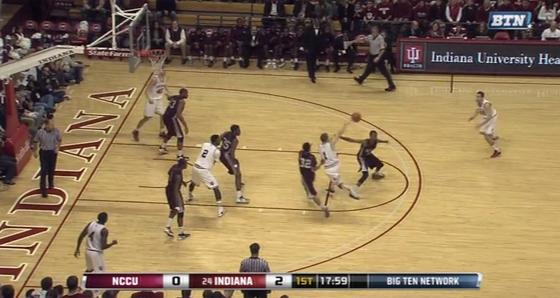 Sheehey fakes right, gets his defender to bite and goes left: 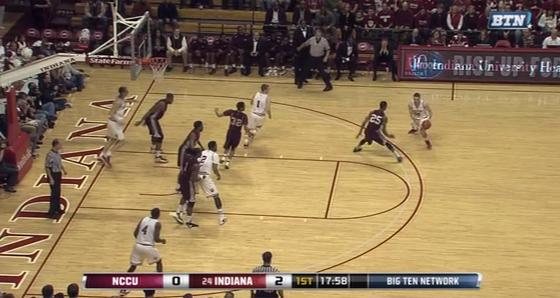 He pulls up in the lane, rises high and scores: 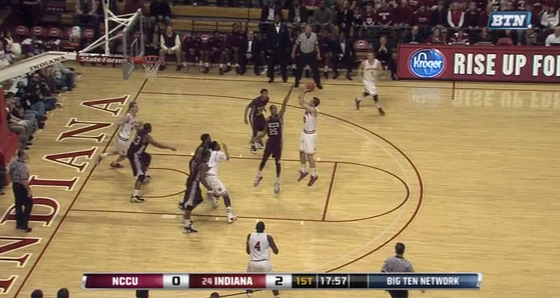 This sequence actually starts with Sheehey getting blocked: 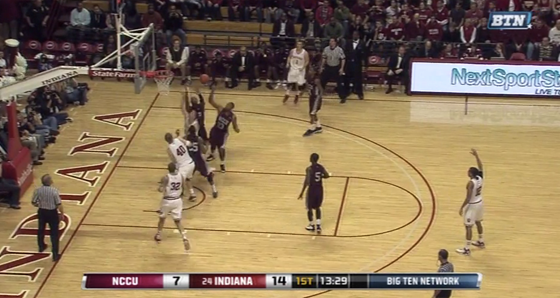 But Verdell Jones is able to track down the loose ball: 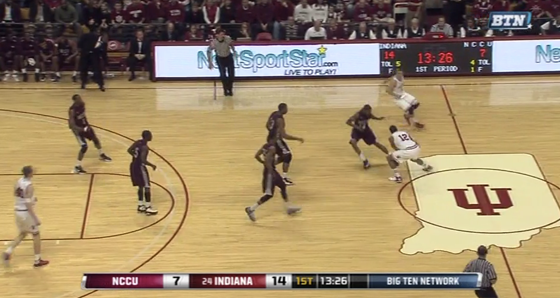 He whips it to Sheehey in the corner: 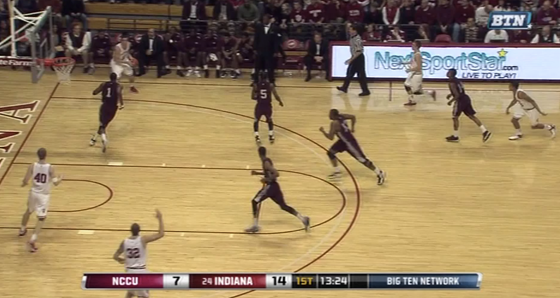 Sheehey draws Dominique Sutton out and then goes around him: 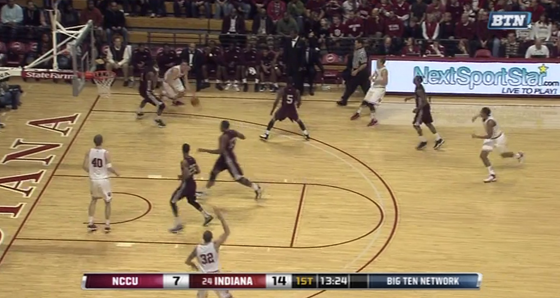 He finishes with an athletic move around David Best: 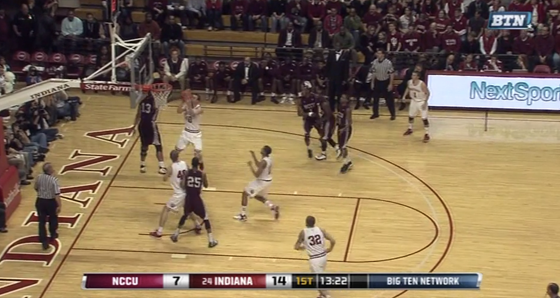 Hulls works around a screen from Tom Pritchard: 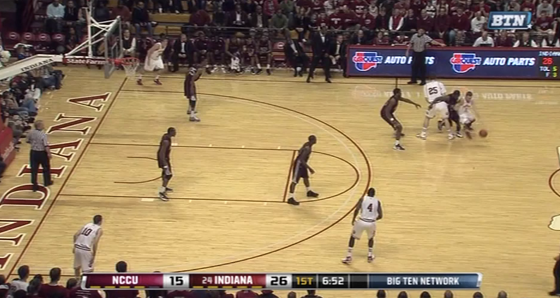 Hulls is eventually met in the lane as Sheehey begins to cut out off the corner and towards the basket: 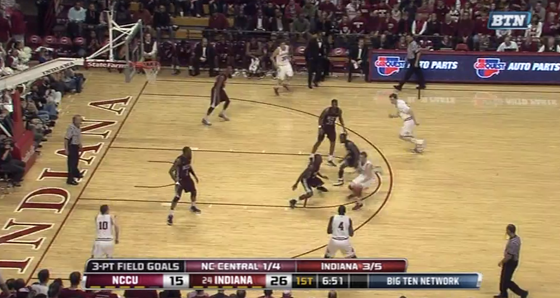 Hulls threads the defense with an excellent pass to Sheehey: 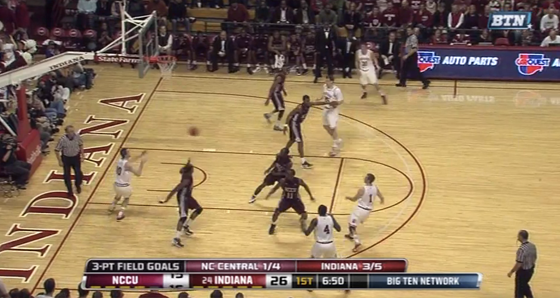 Who slams it home: 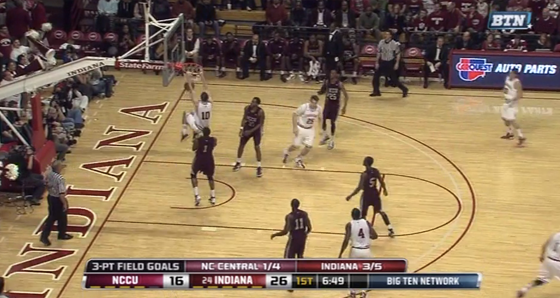 Derek Elston gets a steal on the right block and pushes it up the court. He quickly looks to get rid of the ball and sees Sheehey: 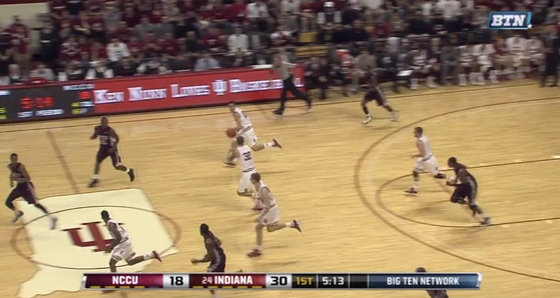 Sheehey takes it across the timeline and gives it right back to Elston: 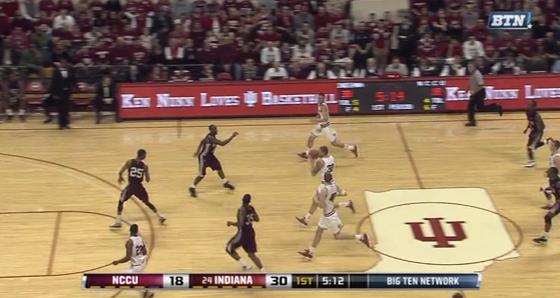 Elston passes back to Sheehey: 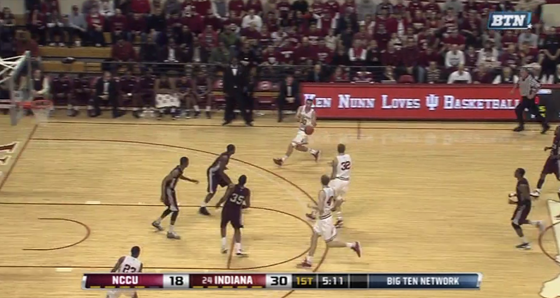 And it’s another pull-up jumper with some high lift: 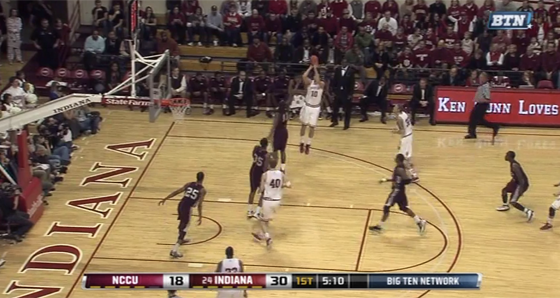