Indiana came out flat on ends of the floor against Michigan on Wednesday. And in the end, it was too much to overcome.

A look a three plays near the top of the key in the first half where Michigan carved the Hoosiers up in the latest edition of Film Session. 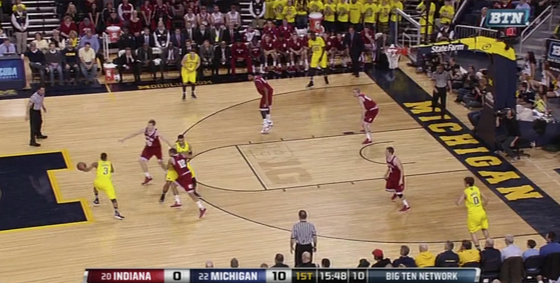 Christian Watford, Verdell Jones and Cody Zeller swarm Burke. He loses a bit of a handle on the ball: 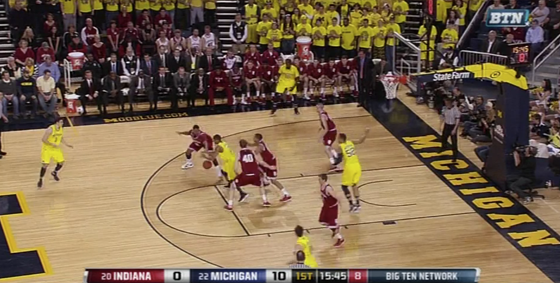 But is able to knock it up top to Stu Douglass: 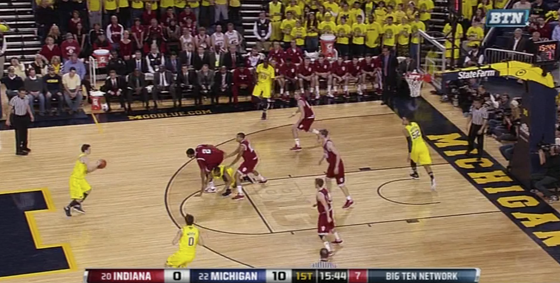 After stumbling, Watford bites on a ball fake from Douglass: 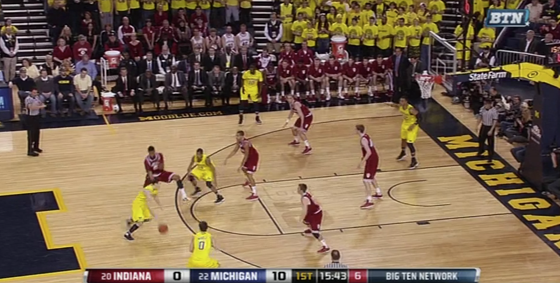 Hulls comes over to stop the ball: 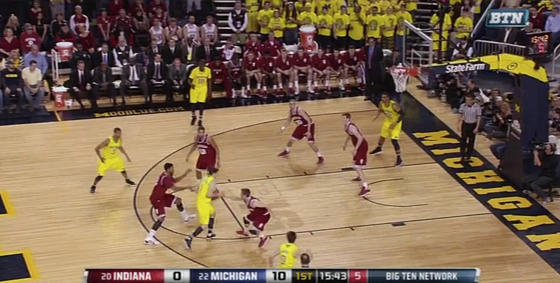 Zach Novak craftily maneuvers into the corner and gets the pass from Douglass: 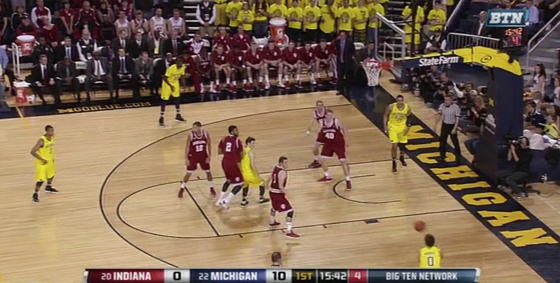 He hops further into the corner. Rises, fires and hits: 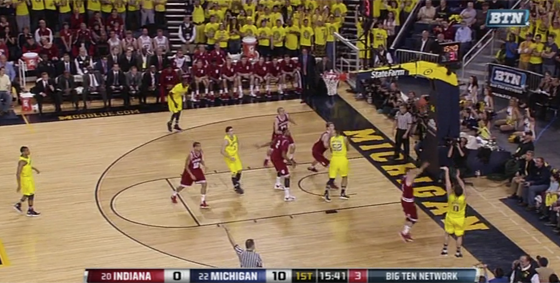 Nice recovery here from Michigan in what almost turned out to be a broken play.

NO. 2) A LAYUP FOR DOUGLASS

Burke brings the ball up and passes to Douglass. He passes over to Tim Hardaway Jr. on the left wing: 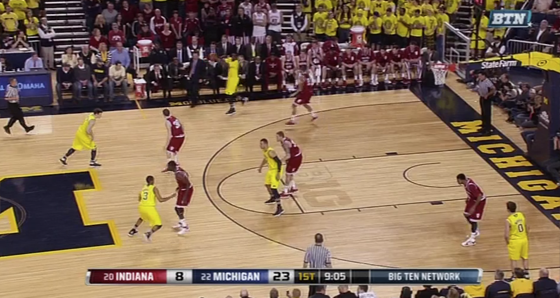 Here we see another screen from Morgan. This time it’s for Douglass: 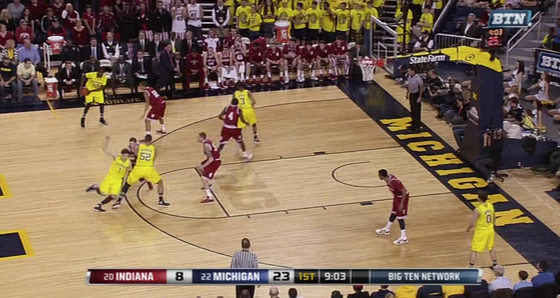 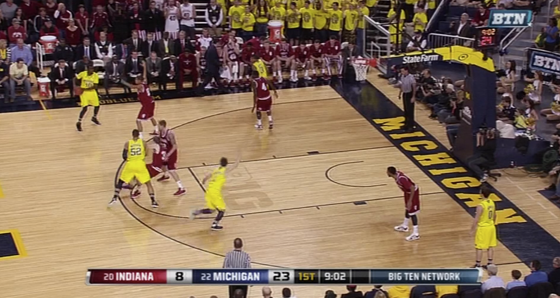 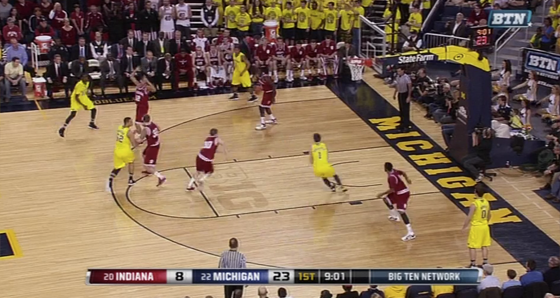 Watford isn’t able to get over quick enough. It’s an easy two from Douglass: 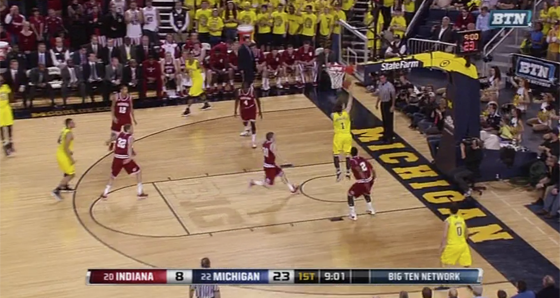 Here we find a similar setup to the last play, but with different Michigan players. Hardaway Jr. passes it over to Burke on the left wing: 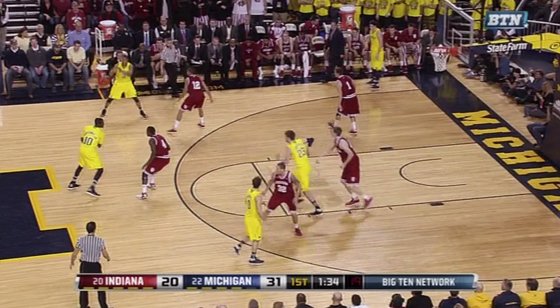 Instead of Morgan being the big setting the screen for him, it’s Evan Smotrycz: 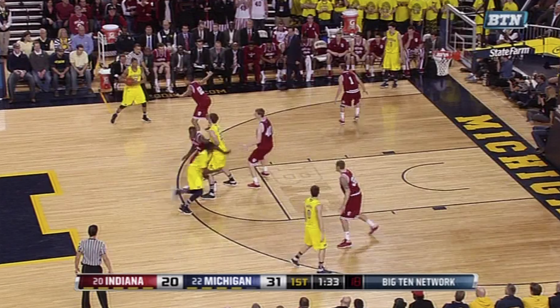 Hardaway Jr. calls for the oop: 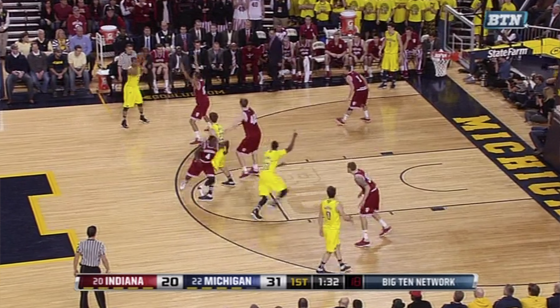 And though it’s not a perfect pass, Hardaway Jr. does a pretty stellar job of grabbing and flushing near Elston: 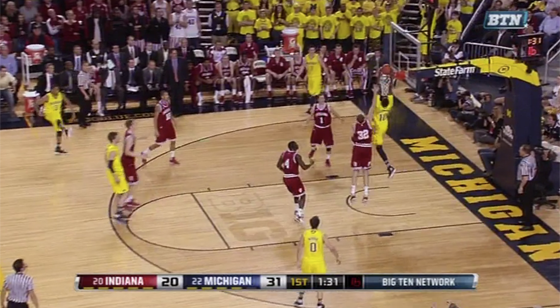