Knight calls state of recruiting a “cesspool beyond belief” 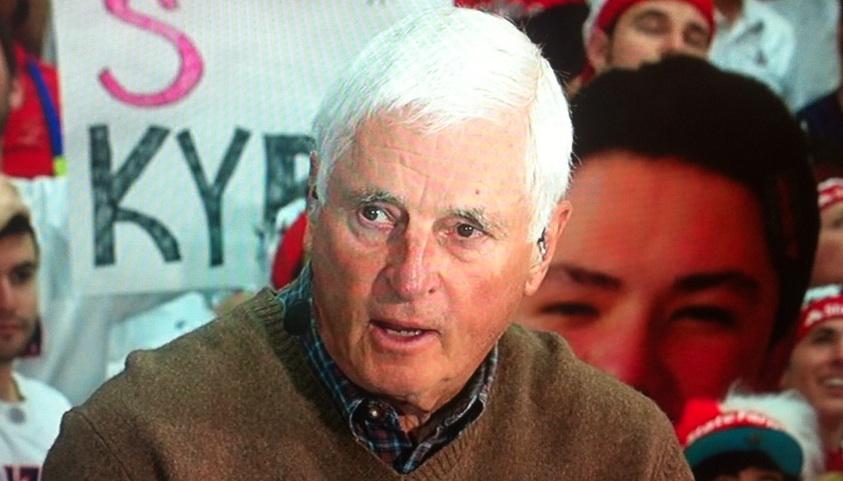 Knight was asked by host Rece Davis for his opinion on the current rule that allows student athletes that have graduated to transfer to another program without sitting out a season.

The caveat of that rule, of course, is that the school the athlete is transferring to must have a graduate program not available at his current school.

Here’s what Knight had to say on that rule as well as his broader comments on the overall state of recuiting:

“I don’t think you have anything wrong with it [the graduate transfer rule] until it comes down to the point where are a lot of people are recruiting that kid and then they’re bidding for that kid. That’s something that I think would come up very, very quickly in that whole situation.”

“I don’t have any problem with the kids transferring [and what Hubert Davis has talked about]. But I have a real problem with the way recruiting has gone in college today. I mean let’s face it, you’ve got college coaches that are paying summer coaches. You’ve got agents out there that have a deal with a college to send a kid to that particular school. That’s what I think has happened with college recruiting. I think it’s a cesspool beyond belief today. And I just wouldn’t want to see something else added to it.”

“I think you’ve got to give severe penalties. You they talk about they never want to give out the death penalty. But I think severe penalties for recruiting violations would be almost the only way that you could curb it.”