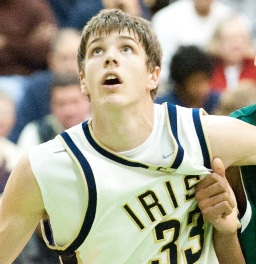 + Luke Fischer (Germantown, WI): Did not play as he recovers from a broken right hand suffered on Jan. 12. Expected to miss three to four weeks.

+ Trey Lyles (Indianapolis Tech): Eighteen points and 12 rebounds in a 63-55 loss to Cathedral on Jan. 17 in the City Tournament.

+ Cliff Alexander (Chicago Curie, IL): Twenty points, nine rebounds and six blocks in an 88-80 win over North Chicago in the final of the Martin Luther King Dream Classic on Jan. 16. Twenty-one points and 12 rebounds in a 69-54 win over Dunbar on Jan. 19. Ten points, seven rebounds and two blocks in a 59-47 win over Whitney Young on Jan. 22.

+ Jaquan Lyle (Evansville Bosse): Thirty-seven points, seven rebounds and five assists in a 87-79 loss at Evansville Harrison on Jan. 17. Twenty-three points in a 70-61 win over Boonville on Jan. 20.

After Cathedral’s 76-46 win over Indianapolis Arlington, Joe Eberhardt caught up with Cathedral coach Andy Fagan and freshman Jalen Coleman for a pair of video interviews: