Film Session: Stealing from the Hoosiers

In Indiana’s 70-69 road loss to Nebraska, the Hoosiers turned the ball over on 22.7 percent of their possessions — allowing for 16 points off turnovers for the Cornhuskers.

A look at three errant passes which turned into points for Nebraska in the latest edition of Film Session.

NO. 1) RICHARDSON HEADS OUT OF BOUNDS 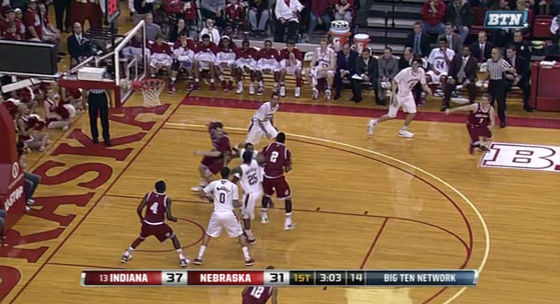 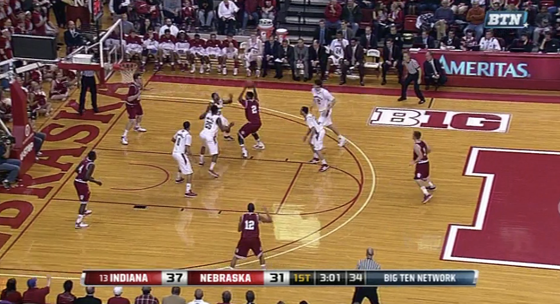 Watford tries passing over the top of Brandon Richardson, but he deflects the ball up in the air: 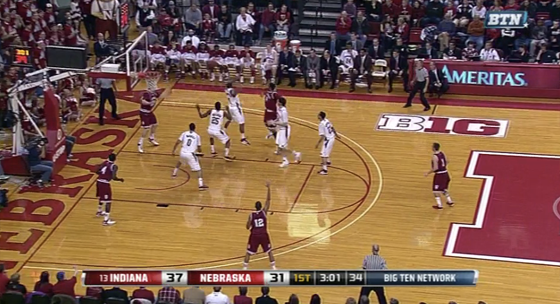 Richardson hops out of bounds and saves the ball back to Caleb Walker who passes it up to Bo Spencer: 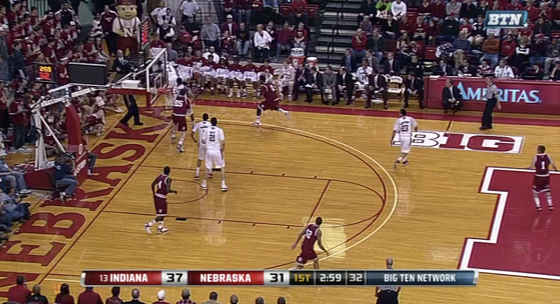 Hulls fouls Spencer in the act of shooting: 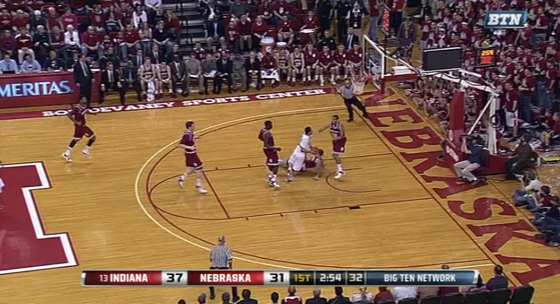 He made both free throws.

Watford gets the ball at the top of the key and makes a move just inside the key: 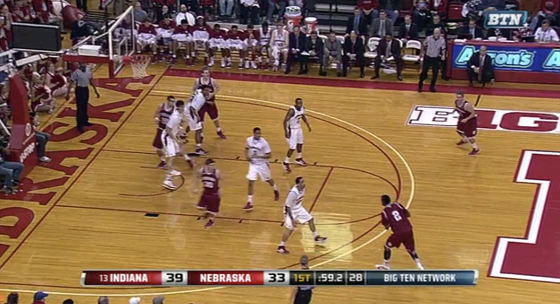 He stops, looks over and attempts to pass to Hulls. Richardson is at it again on Watford. He deflects the ball, grabs it and heads down the court: 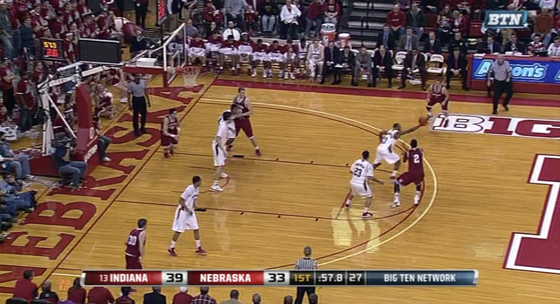 Watford fouls him in the act of shooting: 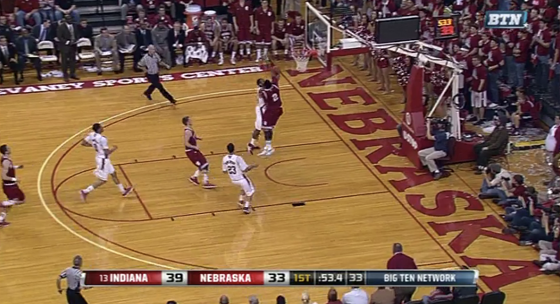 He converts one of two before halftime.

NO. 3) HULLS TO SHEEHEY GETS INTERCEPTED

Verdell Jones takes a Nebraska miss up the  court and passes to Hulls on the right wing: 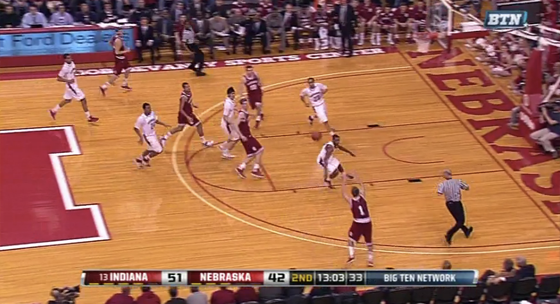 Hulls spots Will Sheehey near the free throw line, who has Toney McCray behind him anticipating the pass: 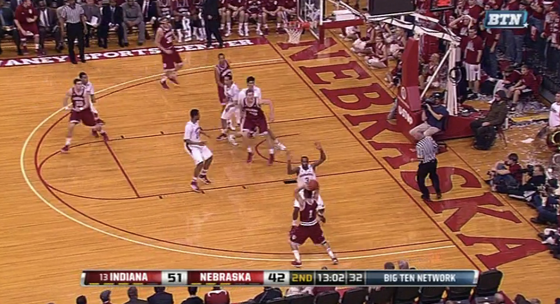 McCray cuts off the pass for the steal: 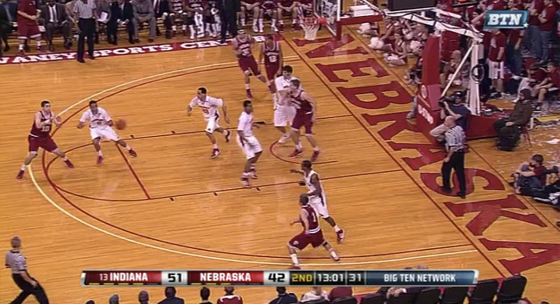 McCray takes it up the court and passes to Spencer: 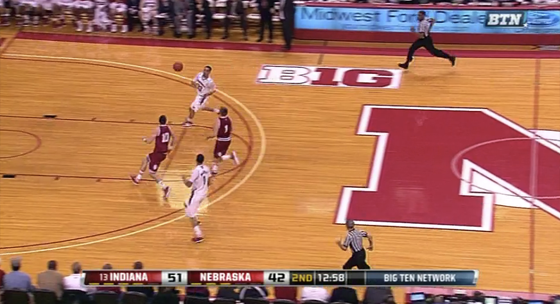 Who puts it in for two: 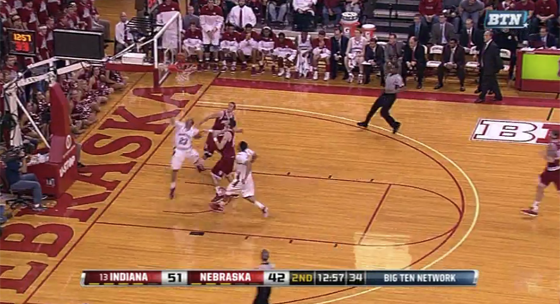 It was early in the shot clock here, so Hulls could have elected to dribble up top himself to reset the offense. But by passing to Sheehey — who wasn’t quite high enough above the key to have a clear passing lane — it was a turnover for IU and score for Nebraska.