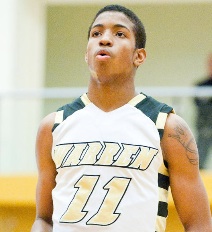 + Hanner Perea (La Porte La Lumiere): Fifteen points and nine rebounds in La Lumiere’s 67-66 over Findlay Prep, the nation’s No. 2 team, on Dec. 29. Not listed among the leading scorers in a 74-73 win over Sioux Falls O’Gorman on Dec. 30. Both games played in the  Mike Miller Classic at the Corn Palace in Mitchell, South Dakota.

+ Devin Davis Jr. (Warren Central): Eighteen points in a 58-51 win over Munster on Dec. 29 and 21 points in a 67-55 win over Bowman Academy on Dec. 30. Both games were in the Marion Tournament and Davis was named MVP. Attended Indiana-Ohio State game.

+ Cliff Alexander (Chicago Curie, IL): Six points and eight rebounds in a 60-52 win over West Aurora on Dec. 29. Eleven points (only 1-of-9 from the foul line) and 13 rebounds in a 77-68 double overtime win over Warren on Dec. 30. Not listed among leading scorers in 44-27 loss to Simeon on Dec. 30. All games a part of the Pontiac Holiday Tournament.

+ Jaquan Lyle (Evansville Bosse): Did not play. Next: Evansville Central on Jan. 6.

+ Jalen Coleman (Cathedral): Not listed among leading scorers in Cathedral’s 49-46 loss to Bowman Academy on Dec. 31 at East Chicago Central.