Indiana only shot 34.4 percent from the field in the first half against Notre Dame. But thanks to 14 first-half points (6-of-10 shooting) and an assist from Cody Zeller, the Hoosiers were able to take a 26-20 lead into the break.

A look at three of his plays in the latest edition of Film Session:

Zeller looks for the ball in the high post: 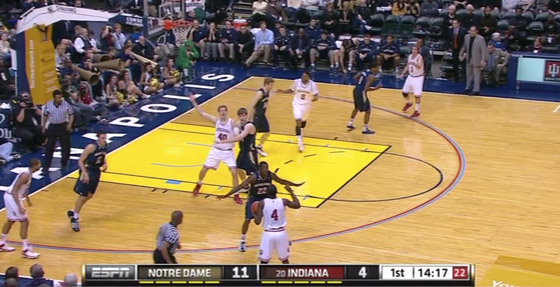 Victor Oladipo opts against dumping it in and swings the ball up top to Christian Watford. Zeller sets up in the mid-post on the other side of the paint, and Watford passes it into him: 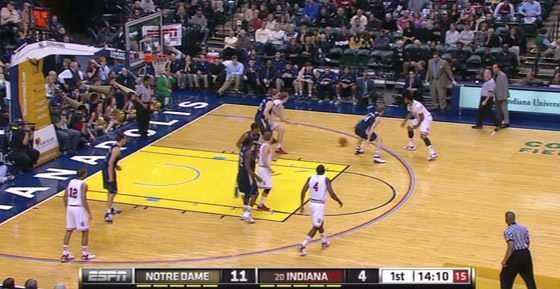 Zeller makes a move into the paint:

With Jeran Grant turing his back to double-team Zeller, Oladipo slips in behind: 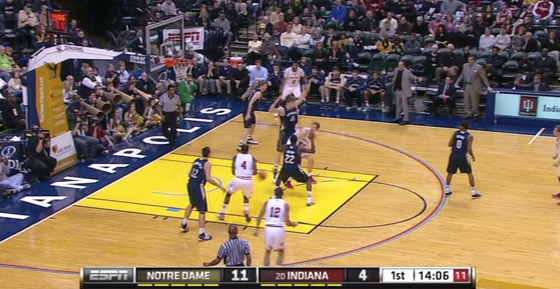 And slams it home for two: 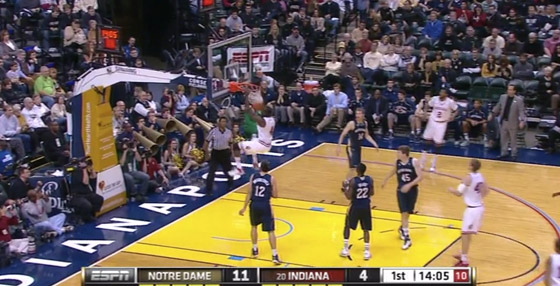 Though Zeller didn’t score here, his ability to attract the defense and make the pass out of a double-team is the reason Indiana scored on this possession. 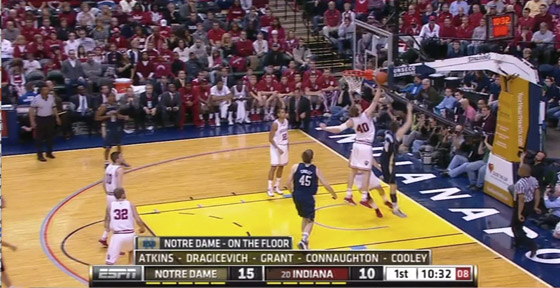 After a scum for the ball, Notre Dame recovers. With the shot clock winding down, Alex Dragicevich shoots a quick three, one that careens off the backboard. Will Sheehey grabs the longer rebound: 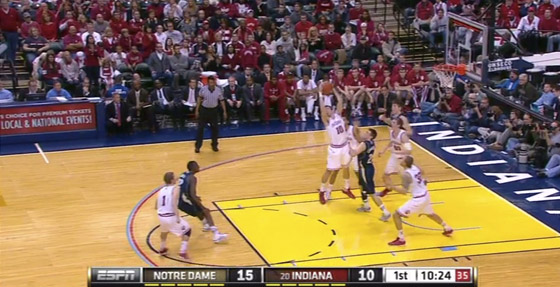 Sheehey outlets to Jordan Hulls. And Zeller, as he often does, has sprinted down the floor. He calls for the ball and Hulls makes the pass: 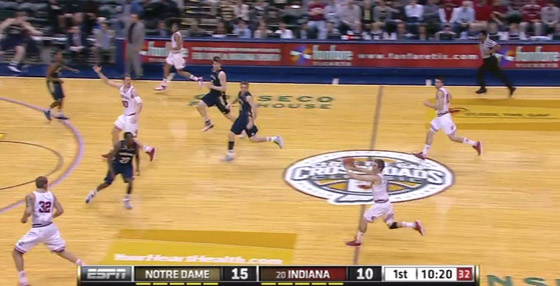 After a missed lay-in, Zeller tips it back in for two: 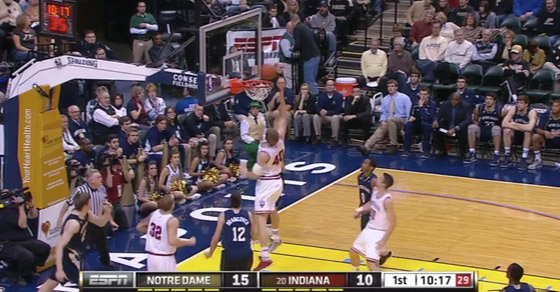 Zeller passes it over to Watford, who’s isolated on the right wing: 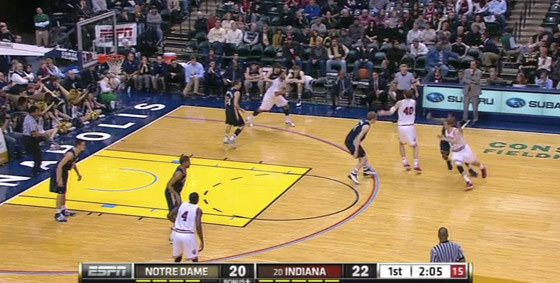 Zeller comes and sets a pick for Watford: 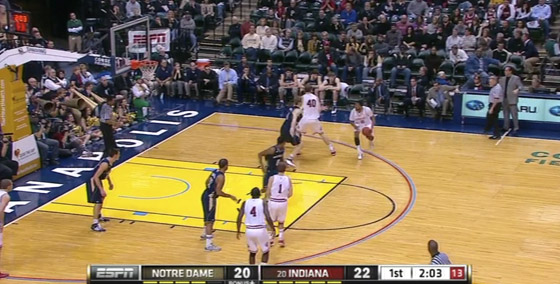 Watford appears to go up for a shot and attracts both defenders: 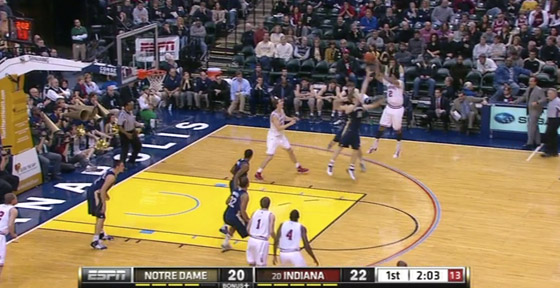 But instead passes out of his shooting motion to Zeller and he easily scores over the smaller Eric Atkins: 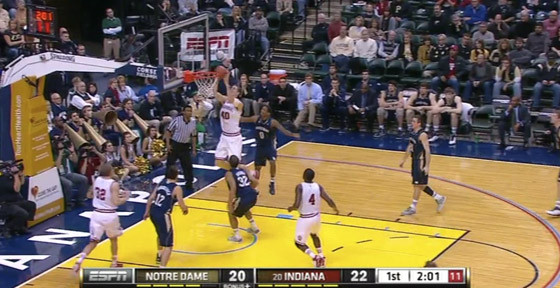