Around the Hall: Zeller honored, Harbaugh on execution 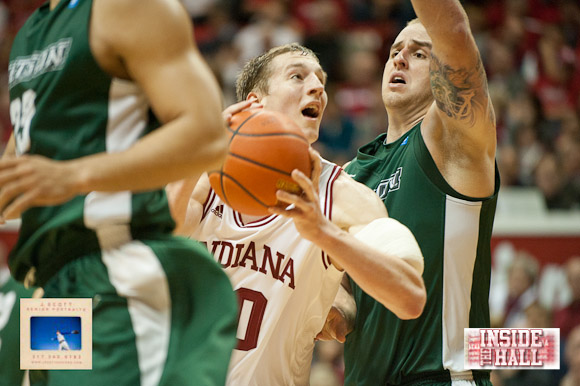 + Will Sheehey is among ten sophomores to keep an eye on this season according to Seth Davis of Sports Illustrated.

+ Cody Zeller was named the Big Ten’s Freshman of the Week for the third time.

+ Tom Crean tells ESPN.com that he received a text from his brother in-law Jim Harbaugh following the Hoosiers’ win at N.C. State. The text read: “You guys had execution with an edge.”

+ Indiana is seeded eighth in the west in the first NCAA Tournament bracket projection by NBC Sports.

+ Associated Press Top 25 voter Michael Phillips of the Richmond (Va.) Times-Dispatch tells Zach Osterman of Inside Indiana why he voted the Hoosiers No. 24 on his ballot this week.

+ Don Fischer voices his displeasure to Dan Dakich about student attendance at Assembly Hall and offers this solution: “My theory on this is, every time you don’t get 7,600 (students) there, you take away 1,000 tickets.” (Note: Fischer’s comments can be heard at the 9:40 mark of the podcast linked.)

+ Rick Bozich of The Louisville Courier-Journal examines this season’s historic start for Indiana, Kentucky and Louisville.