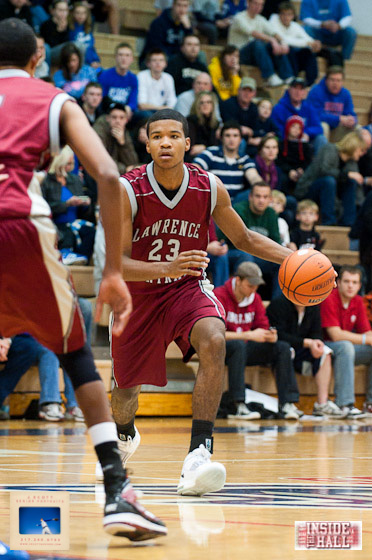 Throughout the season, Inside the Hall will keep you posted on how IU’s five 2012 signees, four verbal commitments and other notable prospects with interest in the Hoosiers are performing at their respective schools. (Photo credit: Jamie Owens/J. Scott Sports)

You can send us stats or results for this report at [email protected]. (Note: We’ll be adding more recruits as the season moves along and more schedules become available.)

+ Jeremy Hollowell (Lawrence Central): 26 points and nine rebounds in a 69-64 win over Indianapolis Tech on Dec. 2.

+ Ron Patterson (Broad Ripple): 26 points and four steals in a 78-60 loss at Indianapolis Cathedral on Dec. 3.

+ Cliff Alexander (Chicago Curie, IL): Nine points and eight rebounds in a 81-71 overtime win over Bowman Academy on Dec. 3 at the UIC Pavilion.

+ Jaquan Lyle (Evansville Bosse): Did not play. Next: At Princeton on Dec. 9.