Between the 11:09 and 9:21 mark in the second half of Indiana’s win over Garnder-Webb, Will Sheehey scored 10 straight points for the Hoosiers.

“They were all in the flow of the game; they were all from great passes,” said the sophomore after the win.

A fitting line for Indiana’s offense through five games.

A deeper look at Sheehey’s buckets in the latest edition of Film Session.

Cody Zeller gets the ball in the corner and passes to a cutting-under-the-basket Victor Oladipo: 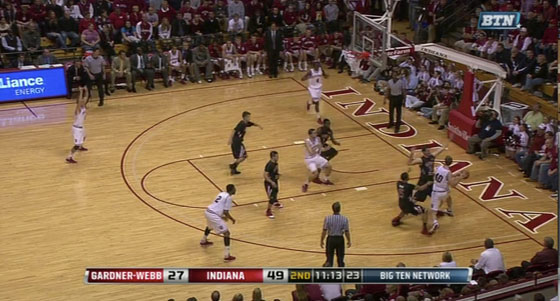 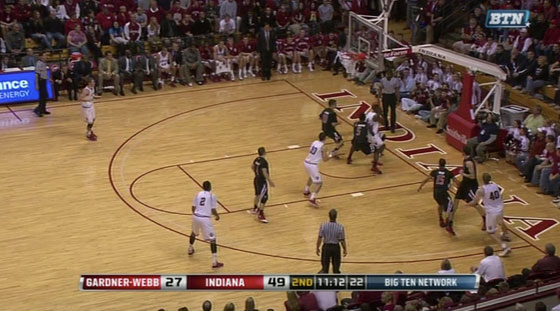 Who easily dunks it home: 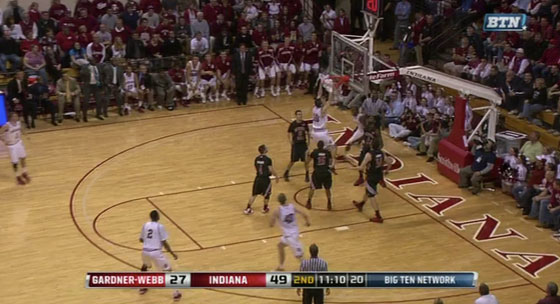 Off a Garnder-Webb make, Jordan Hulls pushes it up the floor, as Sheehey calls for the ball: 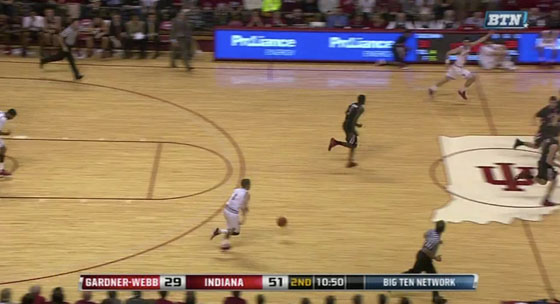 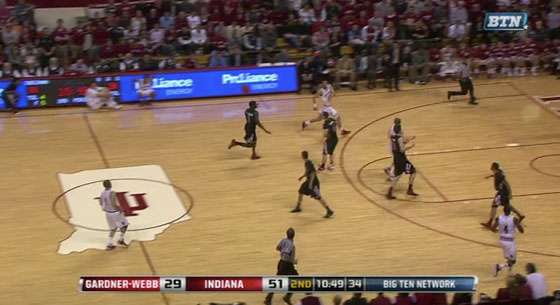 Sheehey receives it and lays it in for two: 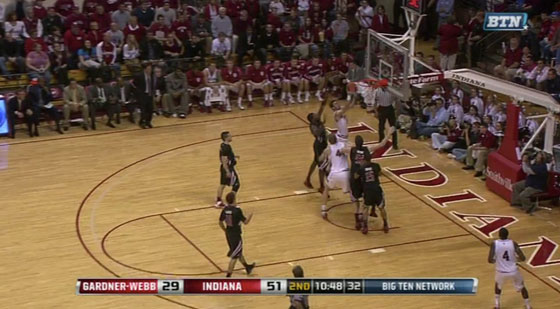 Off a Gardner-Webb miss, Hulls against pushes it up the court and passes to Sheehey: 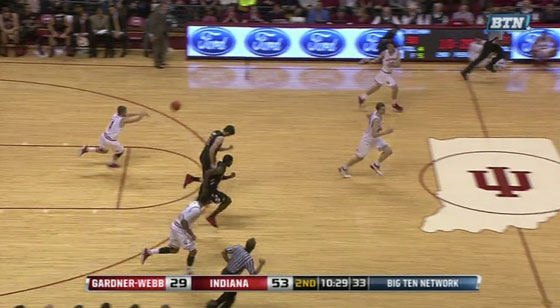 Sheehey pushes it up: 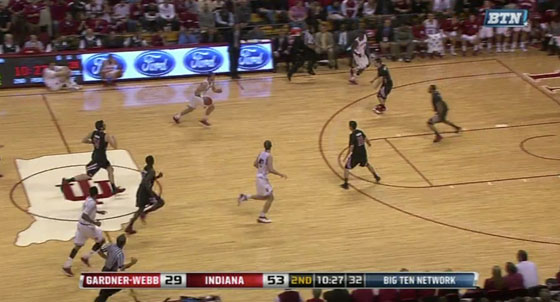 He stops and pops for two: 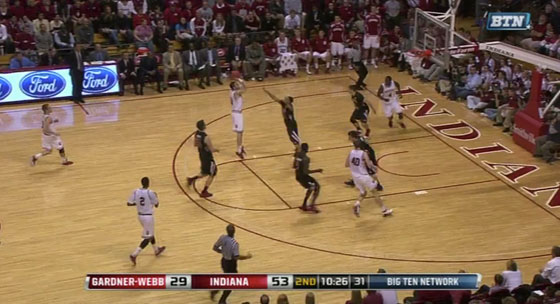 Verdell Jones passes to an open Jordan Hulls on the right wing: 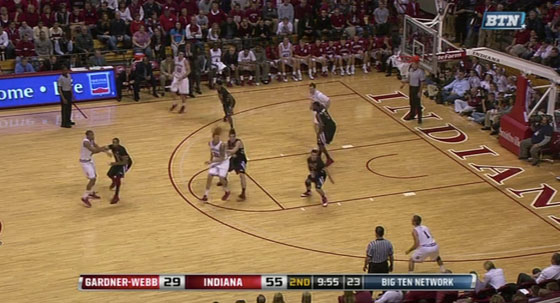 Hulls makes a move baseline, as Sheehey cuts into the lane from the left wing: 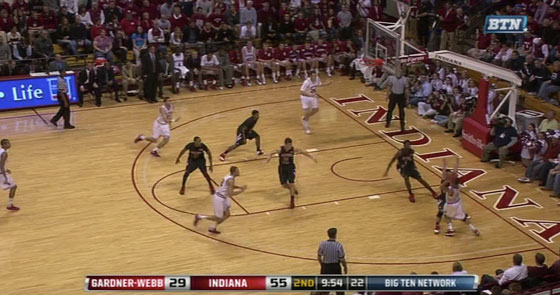 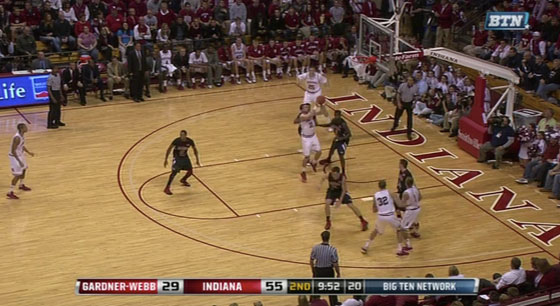 Sheehey makes a move and puts it in for two: 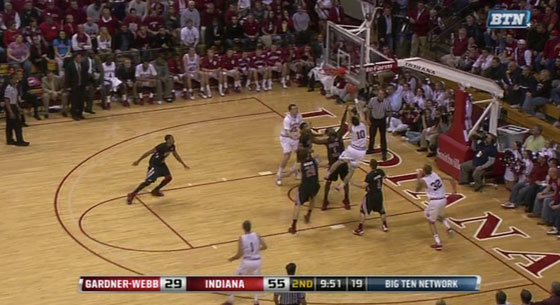 Sheehey sets a pick for Jones: 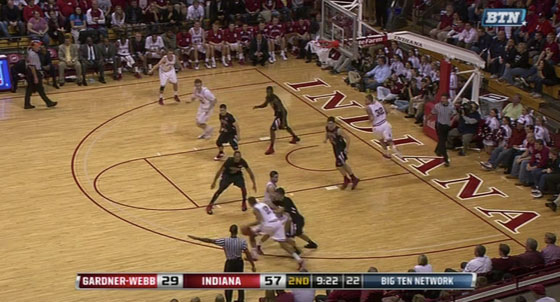 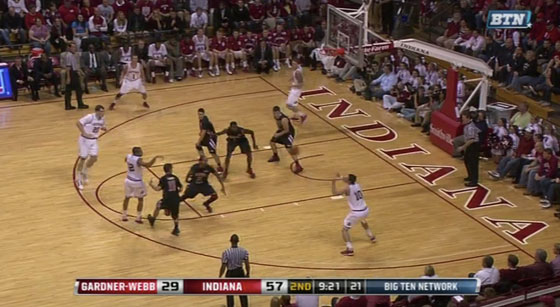 Sheehey converts the jumper for his 10th straight point: 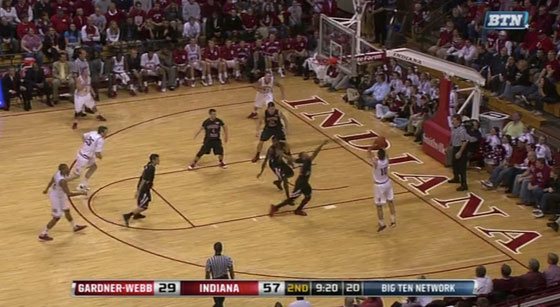 Lots of variation on these scores — showing off Sheehey’s offensive versatility.

Video of the five baskets:

Filed to: Gardner-Webb Bulldogs, Will Sheehey