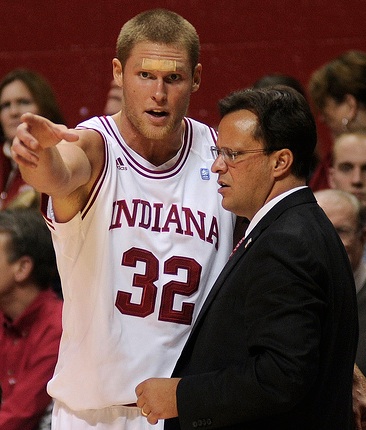 Derek Elston met with the media on Thursday afternoon and revealed a few interesting nuggets as the school year and season approaches. You can listen to the full audio (courtesy of Dustin Dopirak of the Bloomington Herald-Times) below.

A few items of note:

+ Elston said he had surgery in May on a sports hernia, one that hampered him during last season, along with knee issues that bothered him as well.

+ The junior from Tipton also revealed fellow junior Jordan Hulls has emerged as the vocal leader of the squad and that with a group of veterans, things are more player-driven than at any point in his IU career.

“Jordy’s got us on the line every day at 3:30 when we we’re supposed to be on there [for pre-workout running and stretching],” Elston said. ” … Jordy will take you off to the side and kind of tell you and explain to you what you’re doing wrong and what you need to do to improve upon it. I haven’t seen that yet since. He is a lot more vocal. He’s one of those guys that starts screaming now. Conditioning days, if you’re not making it, Jordy’s the first one to tell you. And whether you like the way he’s saying it or not, he’s going to say it. If that doesn’t motivate you, then he’ll get you off the floor. He’s had to kick a couple guys out of the conditioning.”

+ Elston said he’s working on guarding the 3, 4 and 5 positions for this coming season as well as adding strength and muscle to his lower body.