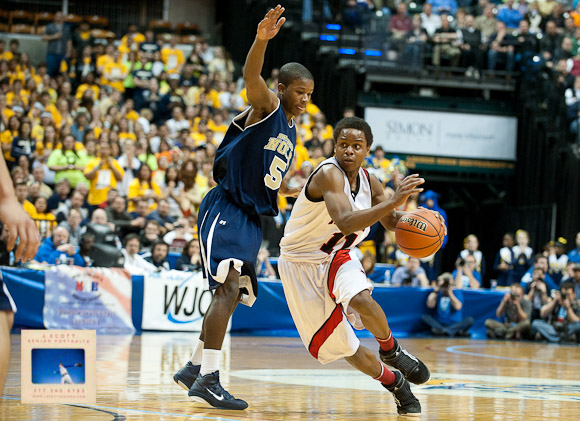 — Jody Demling of The Louisville Courier-Journal wraps up day one and day two of the NBA Players Association Top 100 Camp with updates on the Indiana commitments and targets. Demling also caught up with Ferrell for a video Q & A as well as Hanner Perea.

— Kevin “Yogi” Ferrell was among the standout players on day one of the camp according to ESPN.com’s Paul Biancardi. Ferrell was also a standout on day two.

— A four-game shootout on February 4 at Lawrence Central will feature eight Indiana recruits.

— The Big Ten agreed to a multi-year contract extension for men’s basketball on Thursday with CBS Sports.

— The NCAA is cracking down on rules for “elite” camps by sending its enforcement staff on unannounced visits around the country.