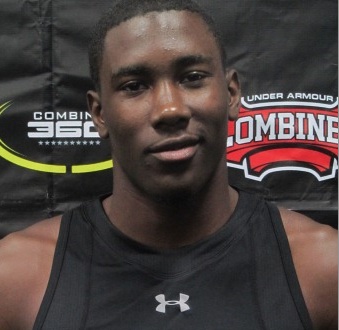 Tom Crean said on Monday night that he wouldn’t mind adding another recruit to the Hoosiers’ 2011 class “if it’s the right player,” and perhaps IMG Academy (FL) forward Jamari Traylor fits that description.

Inside the Hall caught up with the 6-7 Chicago native on Tuesday evening for his thoughts on the Indiana program, what he’ll bring at the next level, where his recruitment currently stands and more. Our Q & A with Traylor, the No. 36 power forward nationally according to ESPN.com, follows:

On the recent interest from Indiana and how it came about:

“I think I was in a tournament around Atlanta. I think I played well. I don’t know how the word got out. Tom Crean sent one of his assistants to look at me. They came to one of my games and they had a thing for me, so that was it.”

On the scholarship offer from Indiana:

On the schools currently involved in his recruitment:

On whether he’s open to new schools getting involved:

“I wouldn’t say I’m completely closed, but if a good school comes and they’ve got the right fit for me, I wouldn’t turn them down.”

On why he decided to transfer from Chicago Julian to IMG Academy:

On how his game has improved since moving to IMG Academy:

“When I got down there, people really just called me a dunker. Now I think I’ve gotten much better on the offensive end. I think I can dribble much better, I can shoot way better. Really I’ve just got my all-around game way better.”

On what he could bring to the post and how Indiana could potentially use him:

On Indiana’s recent struggles and how he views the rebuilding state of the program:

“I look at it as something I could probably turn around. I know they’ve got a couple of guys coming in. I know they’ve got big Zeller coming in and I know he’s going to contribute, so I could do the same. I feel if we both come in at Indiana, I think we could turn it around quick.”

On what he knew of the Indiana program growing up in Chicago:

“I know a little about Indiana. I know they always have a couple of guys from Chicago on their team. I used to watch a couple games now and then, but I’m really catching up on Indiana as far as this year because they’re recruiting me more than they were before.”

On whether he’ll take a visit to Bloomington:

“I’m working on scheduling a visit right now. But I didn’t officially set up a visit, but they want me to visit and I’m probably going to visit.”

On whether he’s taken any official visits and if he’s set up any other visits:

“I haven’t taken any. I haven’t set up any, we’ve just been talking about it.”

On the strengths and weaknesses of his game:

“I know overall I’m an all-around good player, but I think the thing I need to work on the most still would be my jump shot and my ball handling skills. Defensively, I’m solid. I know I can stick with anybody. I don’t feel I have a problem defensively.”

Here’s some video of Traylor, courtesy of CLHTV: