Jordan Hulls finished Sunday’s loss to the Buckeyes just 1-of-9 (1-of-5 from three) for only three points.

But in an otherwise forgettable game, Hulls still contributed to Indiana’s 38-point second half.

A look at his three consecutive second-half assists in the latest edition of Film Session.

Verdell Jones surveys the scene as Tom Pritchard looks to set a pick for Victor Oladipo: 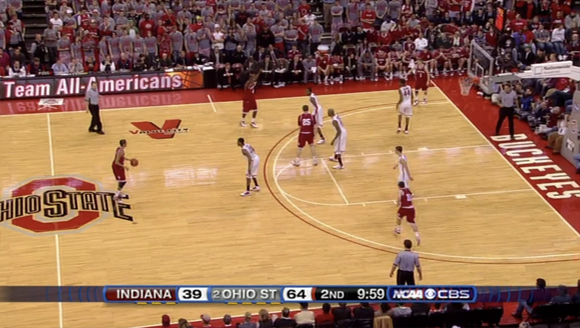 Prichard misses the mark on a pick of DeShaun Thomas: 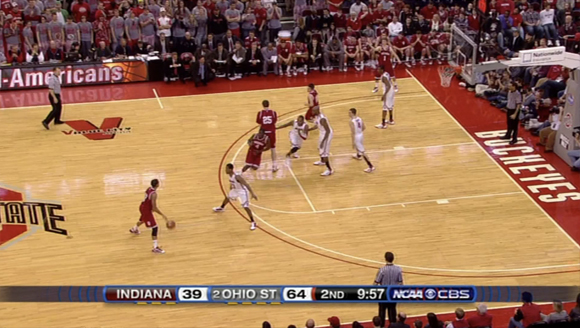 After missing one on Aaron Craft as well for Daniel Moore, Pritchard pops out to perimeter and calls for the ball: 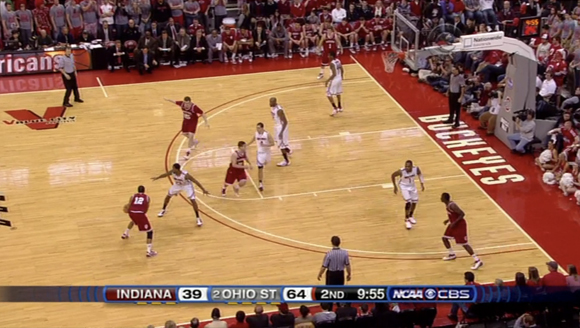 He dribbles towards Jordan Hulls: 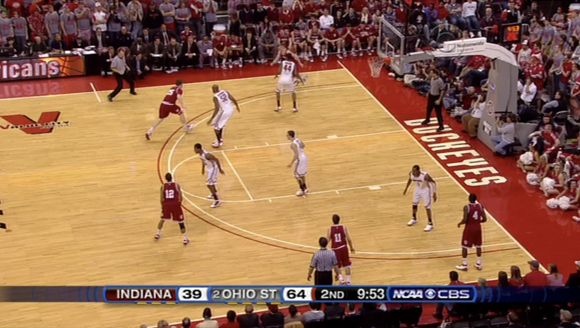 And hands it off to him: 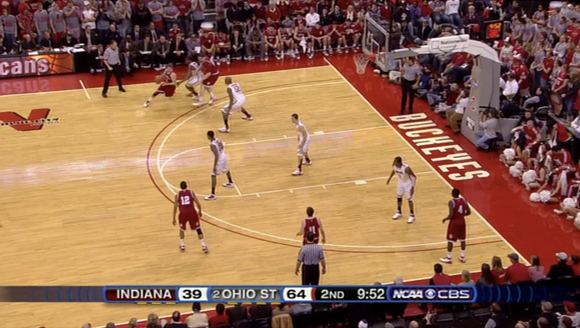 Dallas Lauderdale chooses to pursue Hulls instead of sticking with Pritchard, allowing Hulls to pass to an open Pritchard: 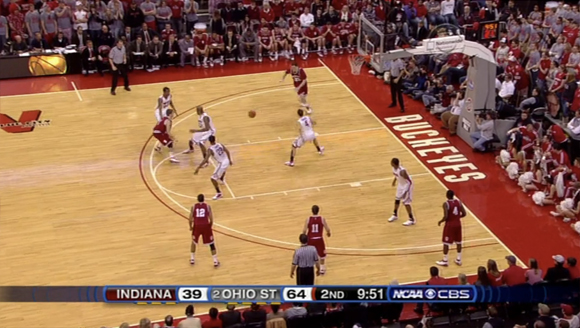 Craft does a poor job of getting his body in front of Pritchard, who scoops to the other side of the basket for two: 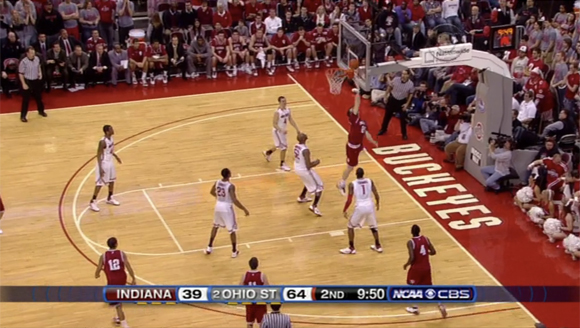 NO. 2) VERDELL FOR THREE

Jones again initiates the action here, as the rest of IU’s offense is down on either block: 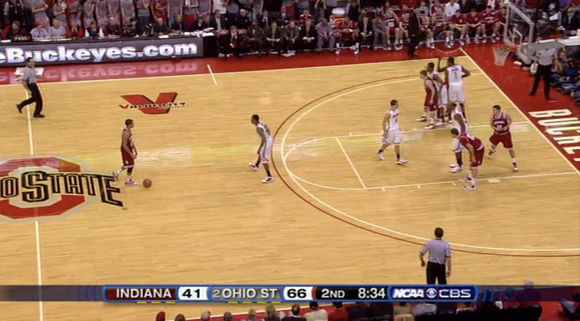 Daniel Moore pops out to the right wing and receives a pass: 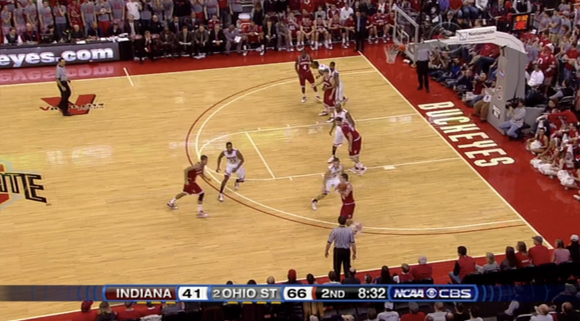 Moore brings it up top and kicks it over to Oladipo on the weak side: 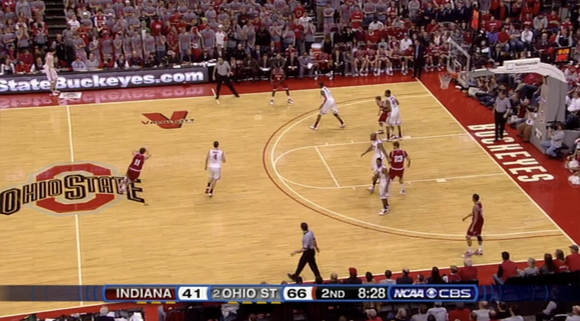 Oladipo dribbles into no-man’s land near the baseline and kicks it back out to Hulls: 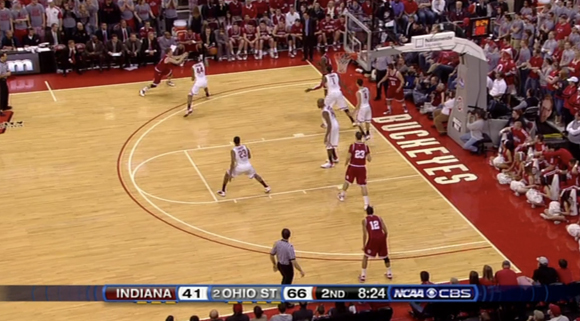 Hulls dribbles into the center of the halfcourt as David Lighty is cheating into the lane. Jones calls for the ball in the corner: 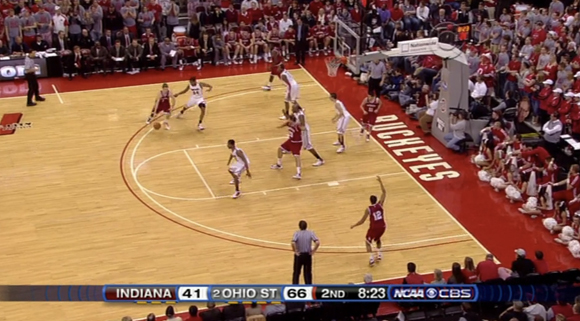 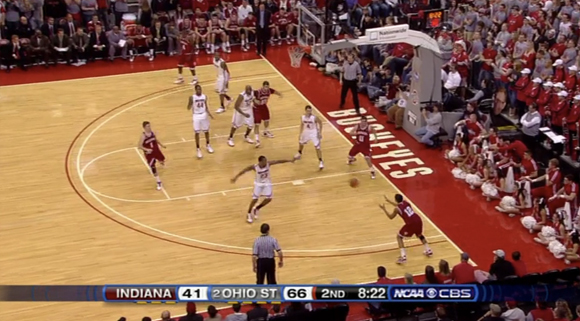 Who knocks down the three: 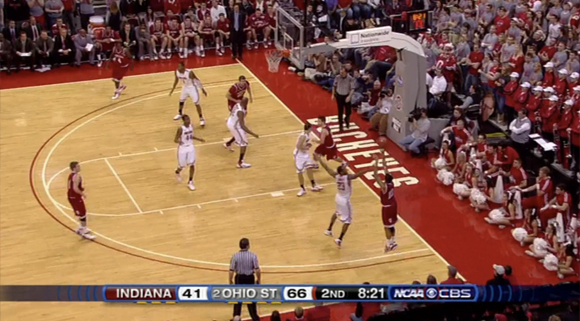 NO. 3) A STEAL AND AN OLADIPO DUNK

Craft passes the ball to Thomas: 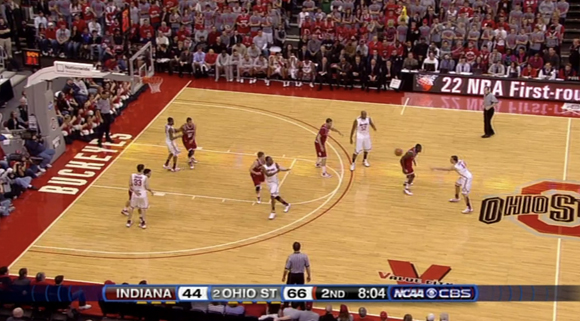 But Hulls is there to intercept the ball: 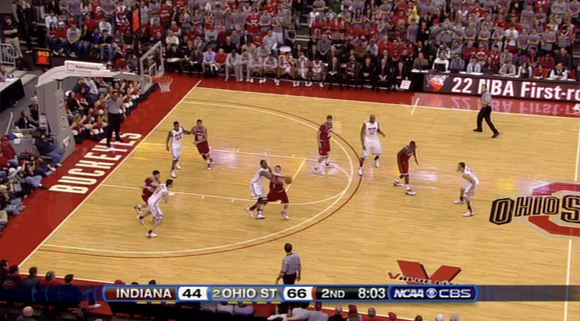 Hulls kicks up to Oladipo: 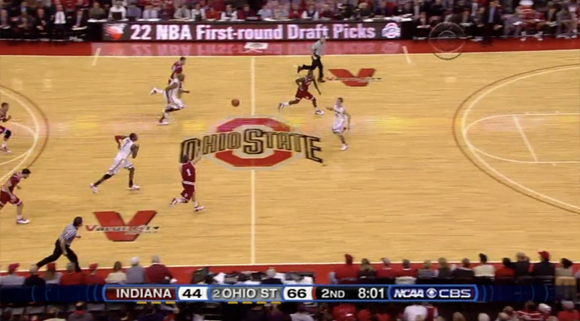 A pass that hits him in the great spot to score: 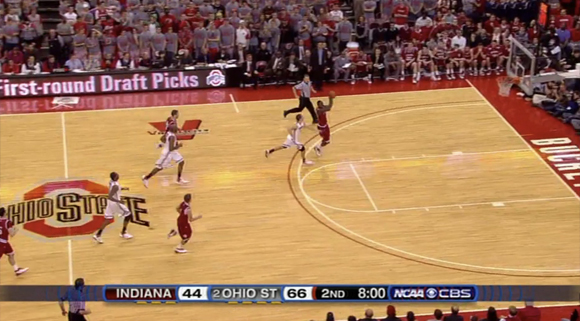 And it’s a dunk for Oladipo: 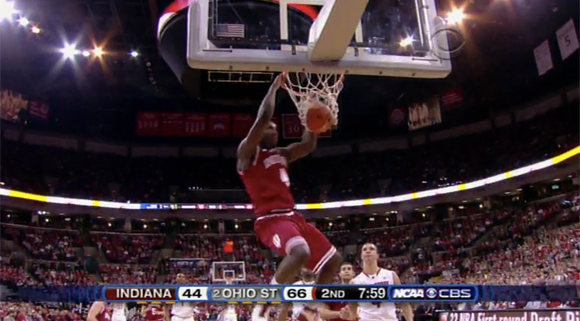 Nice play all around from Hulls here.