Film Session: A trip to the Breslin Center

Though the Hoosiers fell at the hands of the Spartans yesterday, they flashed a varied offensive repertoire which helped them stay in the game from start to finish.

A look at three plays highlighting this in the latest edition of Film Session.

Christian Watford has the ball on the wing against Michigan State’s Delvon Roe: 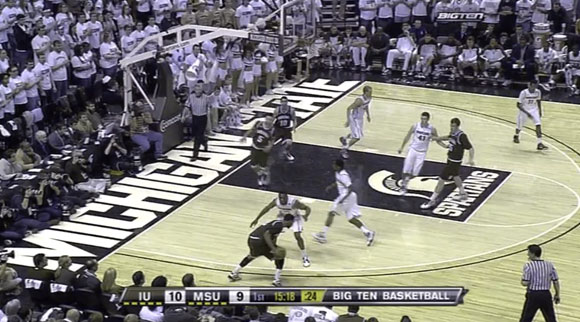 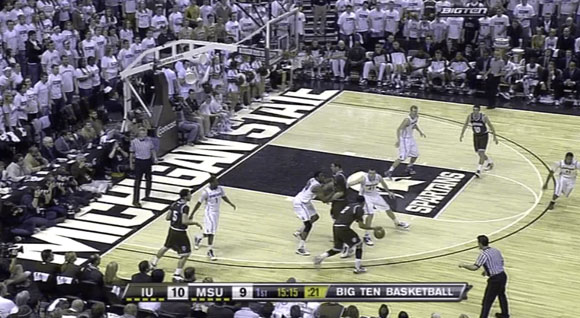 With the slower Garrick Sherman now on him due to a switch, Watford makes a move around him to the rim: 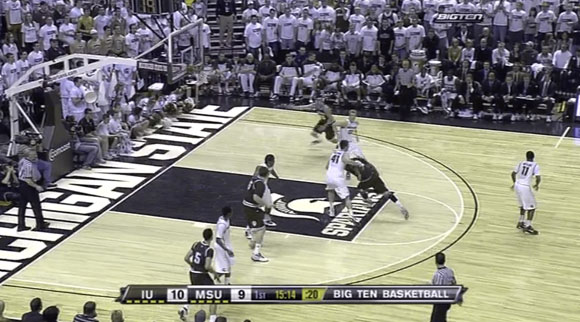 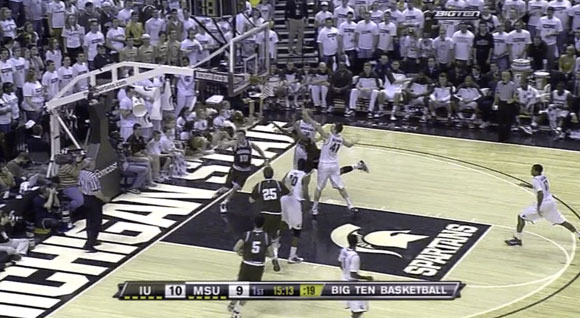 This one won’t show up on any highlight reels, and it’s a simple setup with just a pick. But it led to two made free throws and was one of several occasions where — as Shon Morris pointed out on the broadcast — Watford worked a mismatch on a slower player to his advantage.

POSSESSION IN FULL WITH FREE THROWS:

NO. 2: THE ALLEY-OOP TO OLADIPO

Moore passes to Matt Roth who brings it to the top of key and shoots it over to Victor Oladipo: 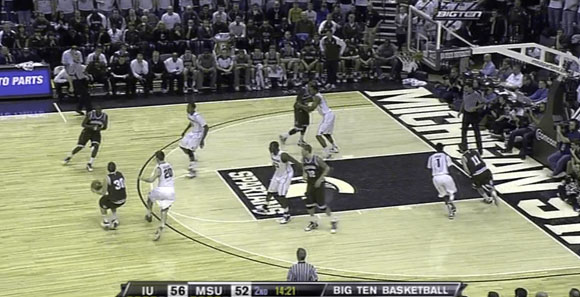 Oladipo swings it to Moore, who has cut across to the strong side of the court: 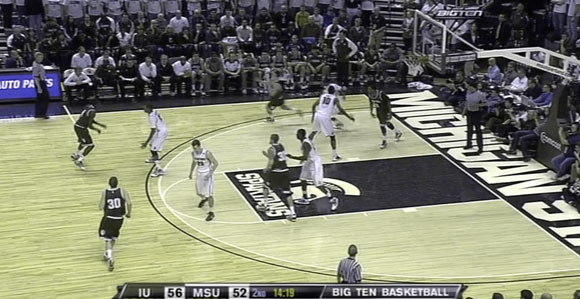 Elston sets a pick for Oladipo: 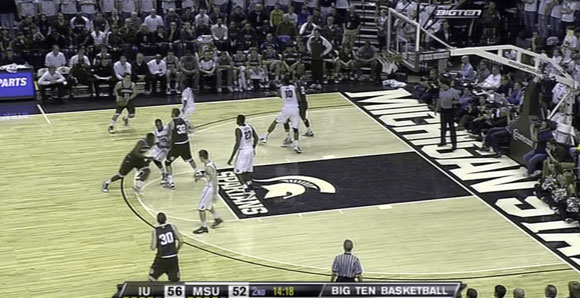 Seeing that Oladipo has broken free from Draymond Green and Durrell Summers, Moore tosses it up at the rim: 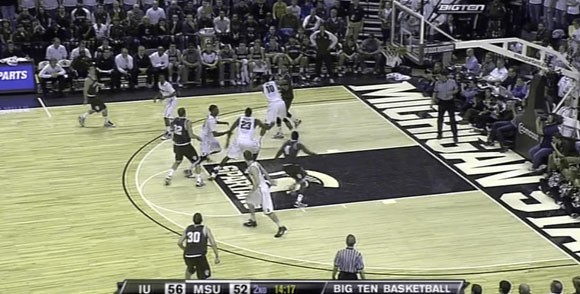 And Oladipo slams it home for two: 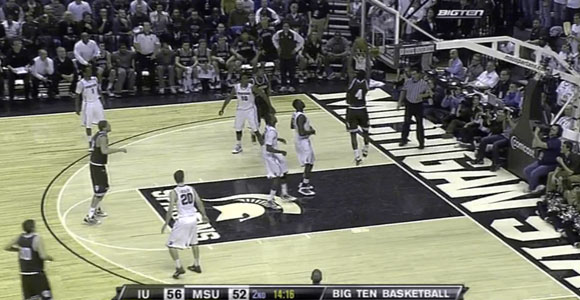 This was the exclamation point on Oladipo’s 5-for-5 day. 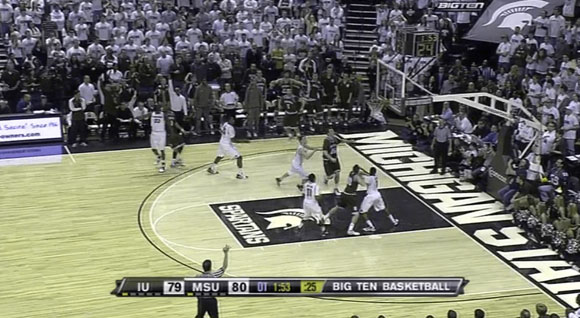 Pritchard skys in and swipes the rebound from Kalin Lucas: 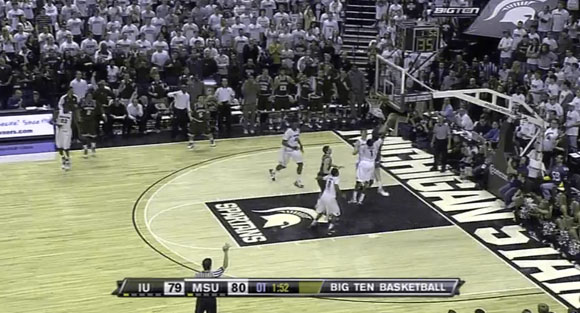 Pritchard kicks the ball back out to Jordan Hulls, who swings it over to Watford: 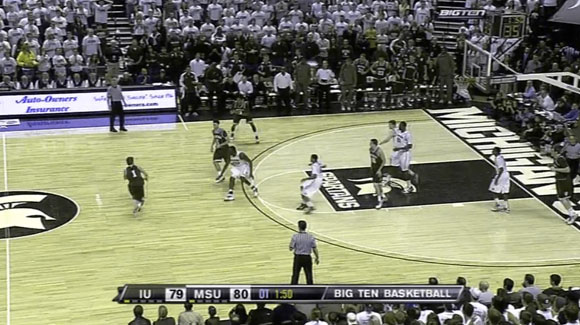 Watford drives in and shoots a jumper: 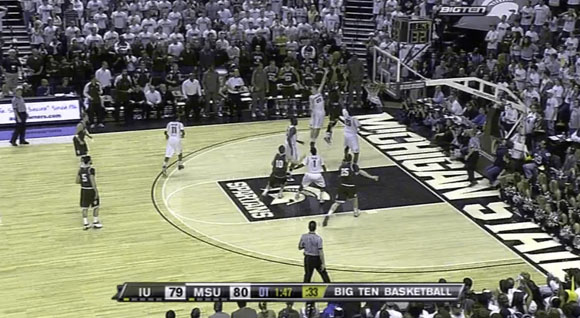 It misses, but Will Sheehey out-leaps Derrick Nix and Green for the tip-in: 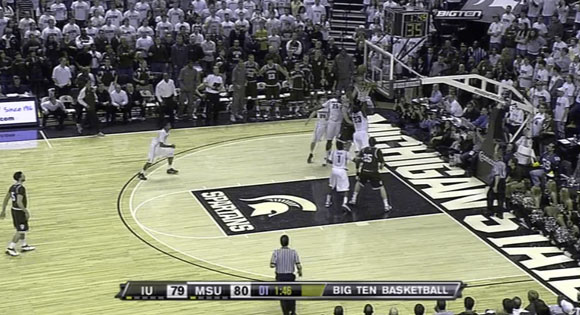 No practiced set here. Just some nice offensive rebounding and hustle to get a score, which the Hoosiers desperately needed in the extra frame.