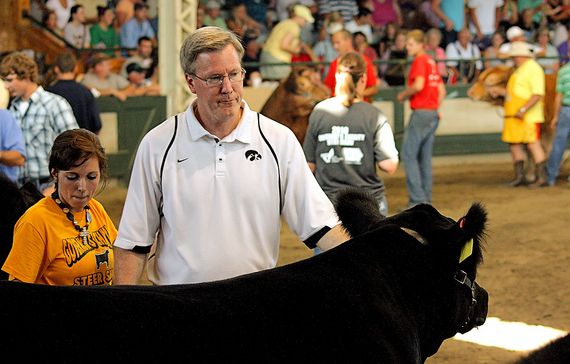 If Indiana was going to get an advantageous road matchup after back-to-back strong performances in games against Michigan and Wisconsin, a trip to Carver-Hawkeye Arena on Sunday to take on Iowa is just it — at least on paper.

Iowa is the only remaining Big Ten team without a conference victory (0-6 so far). Iowa’s offense, at .94 points per possession, ranks last in the conference. The Hawkeyes also rank last in the conference in free-throw percentage (67.1 percent), which could help out the often foul-happy Hoosiers, while also ranking last in turnover percentage (23.4 percent). Iowa (9th at 47.2 percent) also barely outranks Minnesota (11th at 46.8 percent) and Michigan State (10th at 47.2 percent) in the effective-field goal department.

But simply put: Iowa is not particularly strong on either side of the ball.