But often, it was his ability to attract the defense and pass out of double teams that allowed his teammates to get some solid looks.

A look at three first-half plays displaying this in the latest addition of Film Session:

1) Ohio State wins the tip and initiates their offense with a pass from William Buford to David Lighty, as Indiana starts the game in their matchup zone with Christian Watford at the top of the key: 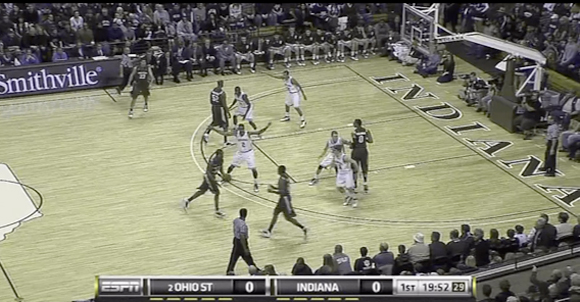 Lighty kicks to Jon Diebler as Buford starts his cut to the strong-side corner. Sullinger is down near the block: 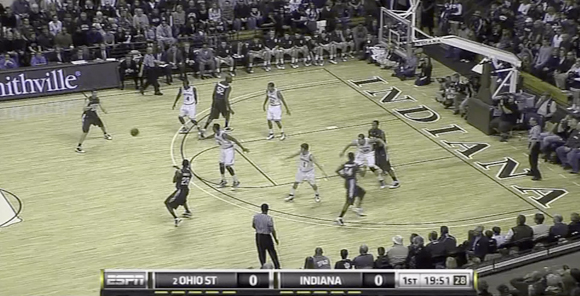 Diebler kicks to Buford over near the corner as Sullinger moves up to the strong-side elbow: 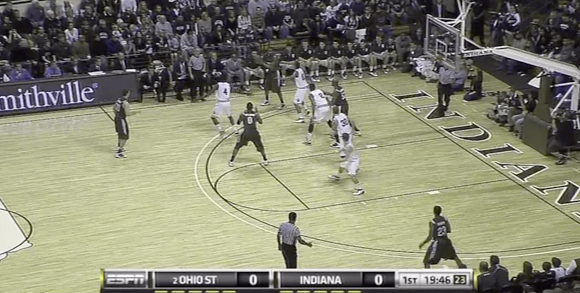 Sullinger gets the ball and faces the basket, as almost the whole Indiana defense swarms him. Lighty calls for the ball on the weak side of the court: 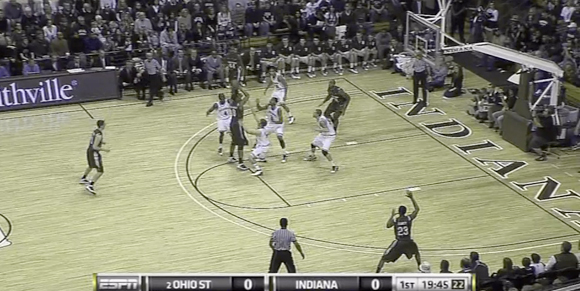 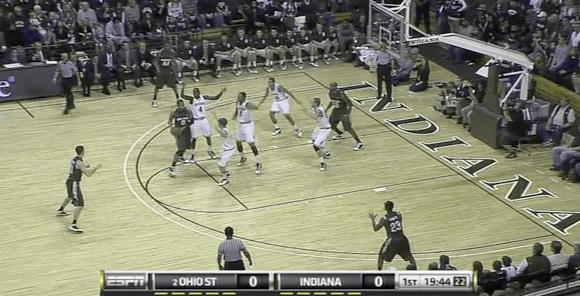 Sullinger moves towards and eventually kicks to Lighty who moves farther down toward the corner. Derek Elston sprints out and is able to get a hand in Lighty’s face, resulting in a rare miss for the Buckeyes beyond the arc: 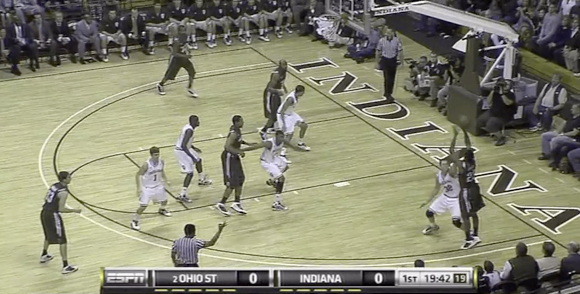 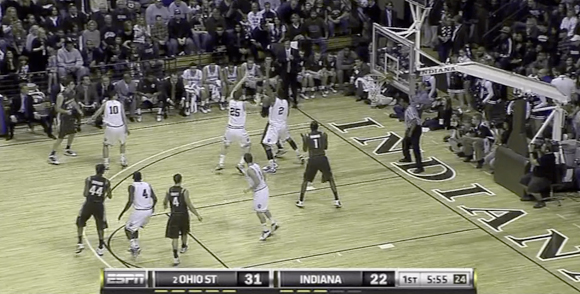 Hulls tries to sneak in for a steal, but ends up fouling Thomas, who converted two free throws at the line: 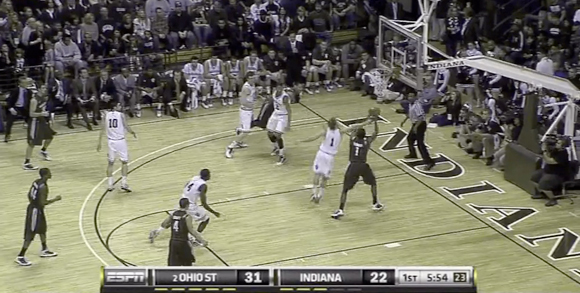 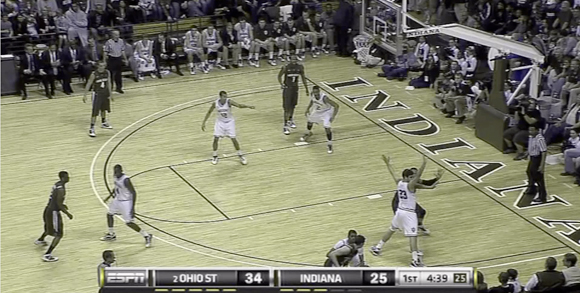 Sullinger moves around and Diebler is eventually able to work a pass into him over Bobby C.: 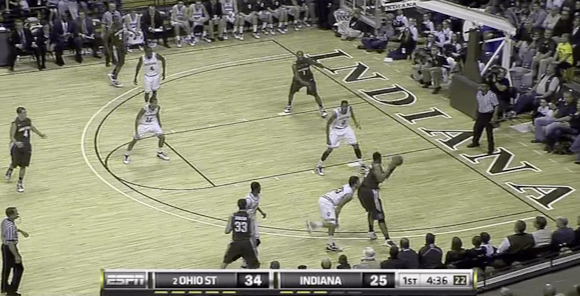 With Watford coming up to meet Sullinger, Thomas again is open under the hoop, and Verdell Jones and Victor Oladipo charge down to the rim anticipating a pass to him: 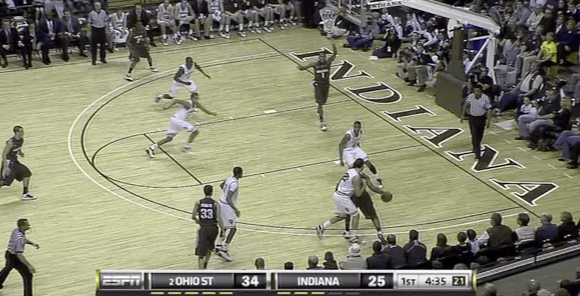 Sullinger instead passes to Aaron Craft at the top of the key: 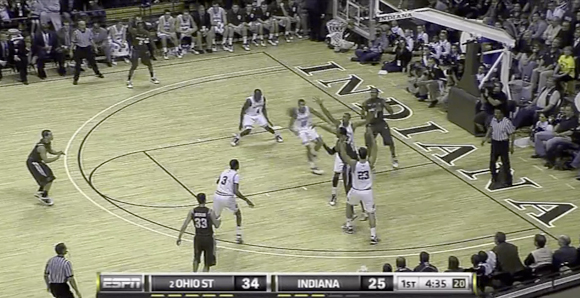 Craft quickly kicks to Jordan Sibert on the weak-side wing: 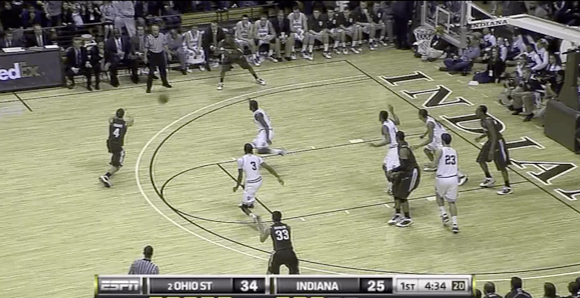 Oladipo chases to the wing, but is a little too late: 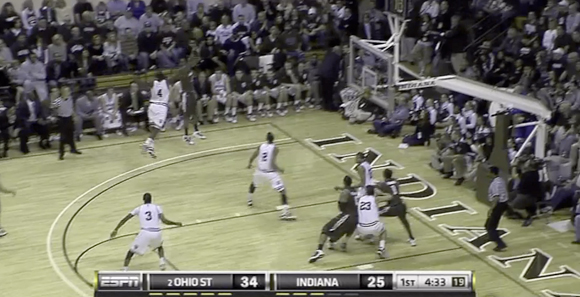 Nothing but net for Sibert: 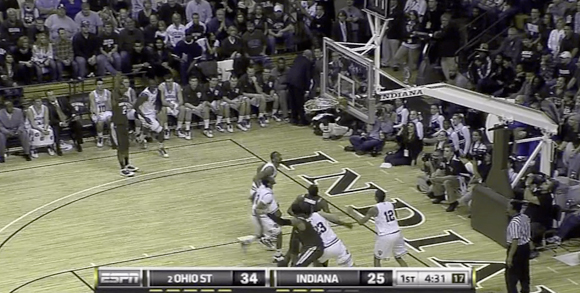