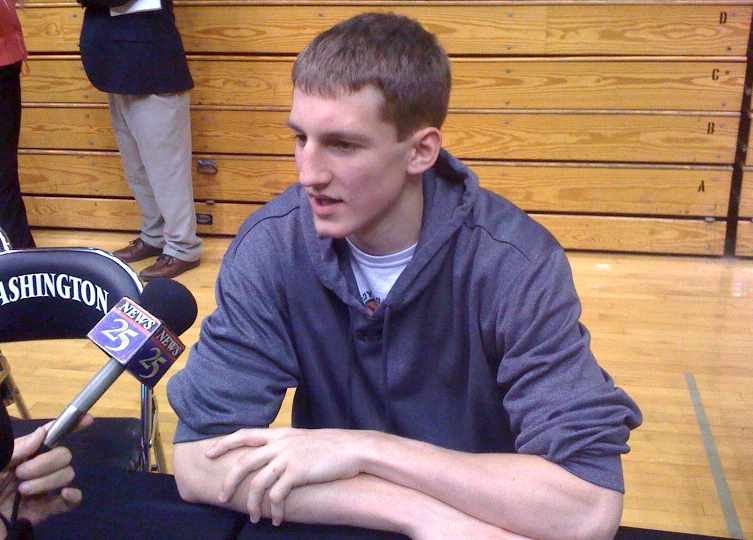 NEW CASTLE — Through eight minutes, it looked as if the defending 3A state champion Washington Hatchets would make a statement against one of the top 4A teams in the Indianapolis area — Center Grove.

IU signee and Mr. Basketball candidate Cody Zeller came out playing as well as he could — 12 points and four rebounds in the first quarter — and Washington held a comfortable 26-17 lead.

But the tide quickly turned in the City Securities Hall of Fame Classic as the Hatchets struggled to find Zeller for open looks. After six shot attempts in the first quarter, Zeller took just six shots the rest of the way.

And Center Grove, led by IPFW signee Johnny Marlin (17 points) and Butler signee Andrew Smeathers (12 points), shot 56 percent in the second half for a 68-64 win.

Zeller finished with 24 points (8-of-12 from the field, 7-of-8 from the foul line), 11 rebounds, two steals and an assist and played all 32 minutes in front of IU coach Tom Crean and assistant Tim Buckley.

Here’s audio of Zeller’s postgame comments about the 68-64 loss, Washington’s third of the season. The Hatchets will play again this evening at 6 p.m. against Nic Moore and Warsaw, which fell to Bloomington South, 65-62.