Crean on Roth: “He will return to action in due time”

Per an IU spokesperson:

Men’s Basketball player Matt Roth left Monday’s game against Ferris State with a right knee injury in the second half and did not return to the game.

Initial tests indicate it is not serious.  He is being treated and will be continually evaluated.

“All of us in the IU basketball program, especially Matt and his family have appreciated everyone’s concern for his health,” said IU Coach Tom Crean.  “Our prayers have been definitely answered and he will return to action in due time.”

This is fantastic news, considering this was the scene (captured by Ryan from the BTN online stream) last night at Assembly Hall when Roth went down and for several moments, the air was taken out of the crowd: 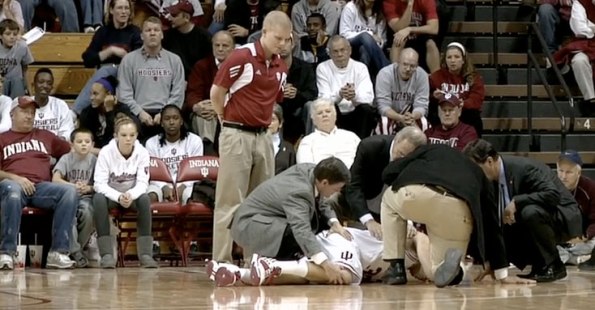