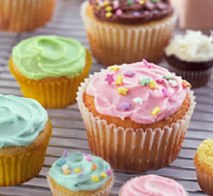 Indiana released it’s 2009-2010 schedule earlier today and here’s a look at five of the easiest opponents on the docket. Going to format this a little different from Alex, via a process of elimination (and since my scouting prowess does not include USC-Upstate). Actually, it’s more of a “games IU should not, under any circumstances, lose.”

What else? Big Ten-ACC Challenge game against Maryland? See ya. The entire Puerto Rico Tipoff and the matchup with Pittsburgh in the Jimmy V Classic? Gone. Kentucky at home? Gone.

I think you see where I’m going with this: the vaunted non-conference home games before Big Ten season starts; the games IU (mostly) won during last year’s rough season.

That’s six teams. Whoops. Let’s cut out Loyola (Maryland). OK, that should do it.  My work here is done.