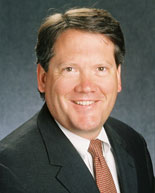 Both Chris Korman of The Herald-Times and John Decker of Hoosier Nation are reporting that Fred Glass will be the successor to Rick Greenspan as the Athletic Director at IU.

You can read up on Glass right here, but here are a few quick points to consider:

Solid body of work, but the main thing missing is “led an athletic department at a major university in the Big Ten.” Wait, I’ll settle for experience at a smaller school. Not there either. I’ll withhold judgment until I hear some comments from McRobbie and Glass, but on the surface, there are some questions to be answered here. With that said, go get ’em, Glass.