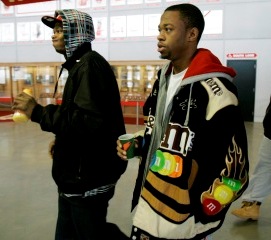 Andy Katz over at the World Wide Leader is reporting the following this afternoon:

New Indiana coach Tom Crean will be down to three returning scholarship players and eight players in all for next season once the school officially announces the departures of four Hoosiers later Friday afternoon, a high-ranking Indiana source told ESPN.com.

Sophomore Armon Bassett and junior Jamarcus Ellis, who had appealed their suspensions by former interim coach Dan Dakich, were dismissed from the program. Junior forward DeAndre Thomas will also not return and neither will freshman Eli Holman, who has elected to transfer after a meeting Thursday that required a call to campus police when Holman became agitated.

Just when you thought it couldn’t get any worse, it does. More later today after we’re able to wrap our collective brains around this mess. For now, I’ll just say: Thank you Kelvin Sampson. Not.