Breaking down the Charlotte Regional 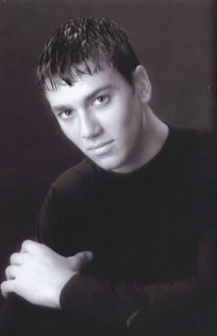 Tyler Hansbrough is one sexy beast. Reminder: Don’t forget to join the Inside the Hall NCAA Tournament Pick ‘Em Challenge by clicking here.

Best chance for an upset: St. Joseph’s over Oklahoma – Phil Martelli’s club already owns two wins over Xavier, beat Villanova and played Gonzaga tough early in the season. Honorable mention: South Alabama over Butler – Butler can’t be pleased with their seeding or the fact that they’ll be facing the Jaguars in Birmingham.

Dark horse to make it San Antonio: Louisville – The Cardinals were a top ten team to start the season and Rick Pitino is no stranger to making a Final Four run. If, and this is a huge if, Louisville can get consistency from Edgar Sosa, Jerry Smith and Andre McGee, their frontcourt is deep enough to play with anybody.

Best coach in March: Rick Pitino, Louisville (32-11, .744): Pitino’s resume in March is the best in the region: five Final Fours and a National Championship at Kentucky in 1996.

Something to prove: Bruce Pearl, Tennessee: There is pressure on Pearl to produce at least a trip to the Elite 8 with a team that had a chance at a top seed but stumbled in the SEC Conference Tournament. He’s 5-4 all-time in the NCAA Tournament and he’s never been past the round of 16.

See you in Charlotte (The four teams that will make it to the regional): North Carolina, Notre Dame, Tennessee, Louisville