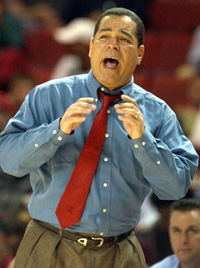 We’ve been following the Kelvin Sampson story closely all day and the latest development is via our friends at The Hoosier Scoop. In reaction to Jeff Goodman of Fox Sports and other reports released today, IU spokesman Larry MacIntyre offered the following comments to the Scoop:

Okay, a couple of quick observations:

— This is a typical IU spokesperson response. Nothing against MacIntyre, I’m sure he’s a fine lad, but we all know that Sampson is gone, one way or another, tomorrow.

— There will undoubtedly be some type of press conference tomorrow. Can you imagine the media circus at the game on Saturday if there was no press conference and Dakich just showed up to coach the team at Northwestern? Won’t happen.