The Morning After: Ohio State 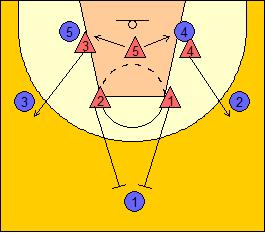 I read as much or more sportswriting than anyone I know, and I have some pet peeves. One of the major ones I’ve developed happens when, in the course of the season, writers lose perspective. They forget the ebb and flow of a season, the upswings and downswings, and lose the forest for the constant barrage of trees. Some do it intentionally (cough *Jay Mariotti* cough). Some merely get caught up in it. But it’s frustrating either way.

I’m not sure if what I wrote Thursday after IU’s ugly gift of a win qualifies; it is, after all, what I’ve been saying all year. But with that caveat aside, and wary of the consequences of my defection, I’ll just come right out and say it: IU looked as good as they have all year Sunday. Better, even. They looked like a team that can beat Michigan State on Saturday. They looked like a team that can own games front to back. They looked, finally, like the team we have been hoping for all season.

I’ll try not to get too carried away. But hot damn, that was a different team, one I like a whole lot better than the one we saw at Illinois.

— First, the zone. Looking at game footage of Thursday’s game side-by-side with Saturday’s win, and it’s pretty clear to see the improvement on the defensive end in the zone. Here I was Thursday, blaming Sampson for his inability to coach a decidedly mediocre defensive guard group; here we are Sunday, watching the Hoosiers coalesce into a pretty formidable unit. What happened?

Most importantly, it looked like IU fully committed to the zone. They were active in pressure; they actually, you know, had their hands up. Shocking! Even more, they rotated well, closed corners, and forced the Buckeyes into jump shots they’d usually prefer not to take. If IU can keep improving the zone, I’m all for using it. If run well, it can help reduce the exposure of a sometimes-shoddy man-to-man defensive unit. Anything that works, right?

— I will admit: When two teams play zone, the game develops a certain quiet rhythm that I really enjoyed Sunday. I’m not sure what it is — the emphasis on ball movement, the slicing into gaps, the kickouts — all of it comes together to form a game that’s not exciting so much as it is steadily interesting. There were no real struggles of will Sunday. The pace was slow (57 possessions). But the way things came together on both ends of the floor was enjoyable. I’m still not really sure why.

— One last note on the zone: There were a couple of comments in the wrap thread yesterday that made a playful jab at having to hate zone defense as a prereq for being an IU fan. I know the comments were joking yesterday, but I think there are a lot of Hoosier fans who actually think this way, and to you, my friends, I say this: embrace it! Hating the zone because Bob Knight once hated the zone, well, that’s like hating the Internet because your grandpa can’t get his dial-up to work. Great men all have their blind spots, right? It’s a new day, and you know what you do with new days? You embrace them. Embrace.

— And the offense! The ball movement! The organization! The cuts to the rim! The open looks! All year we’ve been complaining about the lack of offensive cohesion, the way IU seems prone to getting isolated, relying on D.J. White and Eric Gordon for one-on-one production. I don’t know if I ever felt that way Sunday, save for a couple possessions when Armon took an ill-advised jumper or two. IU swung the ball from side-to-side, took what the defense gave it, found open holes — I could go on for 3,000 words about it. Mostly, though, the overriding emotion here is surprise. Really? That was IU out there? Wha?

— Finally, let’s just close with the most consistent positive story to this entire season: D.J. White. After his history of injuries, after his career lagged, after his first coach’s firing and his friend’s defection … well, isn’t it great to see him playing this well? It’s been throughly enjoyable. Almost as enjoyable as those zones were — almost as enjoyable as Sunday’s win was.

As always, your positivity (and negativity) in the comments. Embrace it!