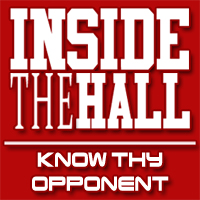 The Western Carolina Catamounts travel to Assembly Hall Saturday night and if you’re looking for the Hoosiers to get a test, look the other way.

Sophomore forward Nick Aldridge was the leading scorer for the Catamounts in their first four games, but he’s no longer on the team. Aldridge averaged over 18 ppg a season ago.

“Nick Aldridge has made a decision to no longer be a part of our basketball program. Nick had some issues that we felt were detrimental to the development of our team and we have for some time been trying to help him work through those issues. He has chosen not to work with us any longer. Bottom line, he quit our team. We are moving forward as a team and program.”

With Aldridge out of the picture, the scoring load has shifted to the trio of freshman guard Michael Porrini (13.1 ppg), sophomore guard Brandon Giles (12.3 ppg) and sophomore forward Jake Robinson (9.3 ppg).

The Catamounts finished last season 11-20 and were picked to finish third in the North division of the Southern Conference.