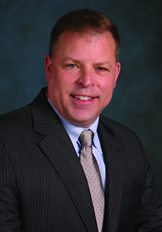 I’ve recently solved my Big Ten Network and HDTV absences, and I’m looking forward to enjoying tonight’s game in the blue-green glow of my living room for the first time. But what of you who still can’t get the Big Ten Network on your local cable? Comcast and Insight are still no closer to dealing with the BTN than a month ago, and thousands of viewers are thus left packing bars or switching to to dish services, same as before.

I bring this up not to rub it in your face — I would never do that! — but to point out that someone in power cares too. A story in today’s Star notes that state representative Scott Reske plans to introduce legislation which might force cable companies to accept arbitration somewhere down the line:

“People are frustrated because they don’t have input on their programming,” Rep. Scott Reske, D-Pendleton said. “There needs to be some way of arbitrating this. That’s what I’m proposing — not to dictate anything, but to resolve this. People are demanding it.”

Senate President Pro Tempore David Long, R-Fort Wayne, said he’s sympathetic with fans who are missing games but disagrees with government intervention. Long said he wants to “let the free market operate.”
“It will benefit consumers more than if we try to control everything,” Long said.

Rep. Matt Pierce, D-Bloomington, who teaches telecommunications policy at Indiana University, is skeptical about the legislature’s power in this situation.

“All these issues are basically under the purview of congress and the FCC,” Pierce said. “As much as legislators would like their constituents to know we care, the fact is we don’t have power to do much about it.”

While a nice thought, Reske’s proposed legislation is not only sort of feckless in and of itself — If you don’t do what we say, we’ll … um … make you keeping talking to each other? Yeah! — but the legislature likely has little power in this arena anyway.

So Reske scores a few cheap political points of the “I feel your pain” vein, while a majority of viewers remain left in the same predicament as before: Dish Network, DirecTV, a milieu of regional cable networks, or no IU basketball. Choose wisely, ITH-ers: your dollars are your votes. Milton Friedman would be proud.