One thing you can expect a lot from the Hoosiers this season: points in transition. In Monday’s game against Chattanooga, I thought one of the pivotal moments in terms of momentum was a fast break that resulted in Eric Gordon bringing down the house. Here’s a closer look at that sequence: 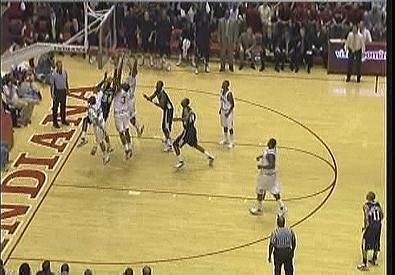 1. The break is started with defense. D.J. White, Eric Gordon and Jamarcus Ellis all contest the shot. 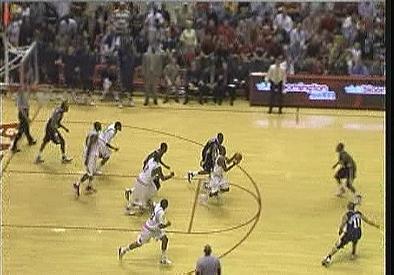 2. The ball comes off the glass and Armon Bassett gets it and goes. You’ll notice Gordon at the bottom of the screen starting to make his move down the court. 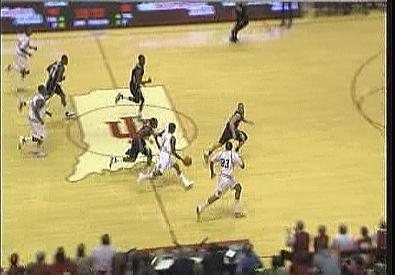 3. Bassett continues to push the ball and has every Chattanooga defender beat besides Kevin Bridgewaters. 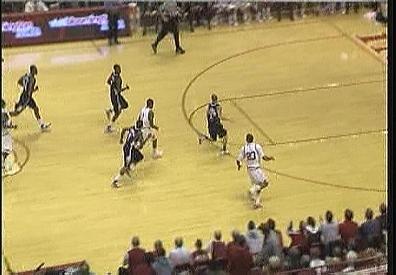 4. Bassett realizes that in order to free up Gordon, he has to make Bridgewaters commit to stopping the ball. 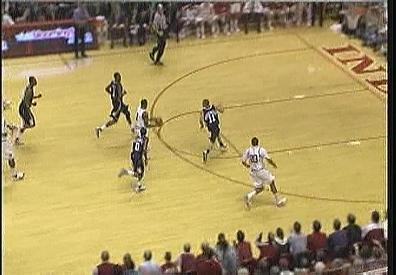 5. Bassett continues toward the free throw line and Bridgewaters is forced to make a decision: Stop the ball or give up an easy bucket to Bassett. 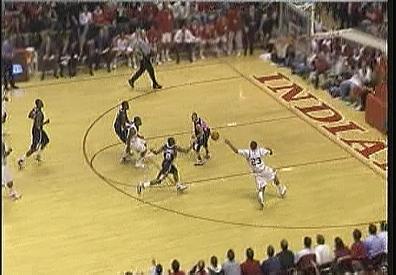 6. With Bridgewaters committed to stopping the ball and nobody else to help, Bassett dishes to Gordon who has positioned himself perfectly for an uncontested dunk. 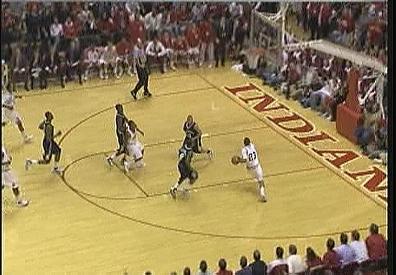 7. With the ball in hand and nobody else to beat, Gordon is ready to bring down the house. 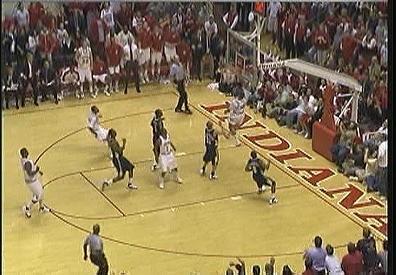 8. The play of the game, a dunk with a little flare by Gordon, gives the Hoosiers the momentum they need to start the second half.