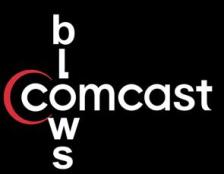 Big Ten men’s basketball media day is tomorrow afternoon in Chicago, so until then, I’ve got the following to hold you over…

– Everyone’s favorite cable provider, Comcast, announced yesterday that their third quarter earnings went straight into the toilet. If you’ve been forced to switch to a satellite provider due to Comcast’s reluctance to include the Big Ten Network on their basic package, you’re probably not feeling the least bit sorry for them. For those behind on the times, E had a nice take on the whole ordeal a couple months back. {Comcast Must Die}

– The Hoosiers held their open practice yesterday and as usual, the Hoosier Scoop was right on top of it. For those of you who went, I’m interested in hearing what you took away from watching line drills. {The Hoosier Scoop}

– Lance Stephenson, the uber-talented 2009 guard from Brooklyn, NY, is visiting Kansas this weekend. {The Topeka Capital-Journal}

– Speaking of Stephenson, those of you in the Southern Indiana area will have a chance to check him out December 7 at Freedom Hall in Louisville. Stephenson and his Lincoln high teammates will play destroy Louisville St. Xavier in the All-American Shootout. {C-J Recruiting Blog}

– CBS Sports announced their schedule for the upcoming hoops season and IU will be featured six times. Kentucky and Ohio State lead the way with seven games each. {TV Week}

– And finally (a few days old, but better late than never, right?), the Big Ten Network has announced their studio hosts for hoops and our old friend Gene Keady is joining the fray. Is it possible that he’ll look worse than Lou Holtz in HD? {Big Ten Network}