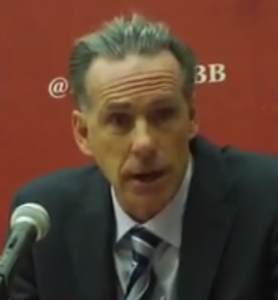 Jamie Dixon, Michael Young and Chris Jones met with the media following Pittsburgh’s 81-69 loss to Indiana in the Big Ten/ACC Challenge at Assembly Hall. Watch both press conferences below:

Based on its final AP ranking — No. 4 — and NCAA Tournament seeding — No. 1 in the East region — you can argue that the 2008-2009 version of the Pittsburgh Panthers failed to reach its own expectations. Jamie ...