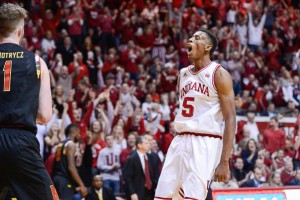 On Thursday in a press release, the Big Ten announced its television schedule for 2015-2016 conference games appearing on ESPN and CBS. Indiana’s 10 appearances on ESPN are as follows: