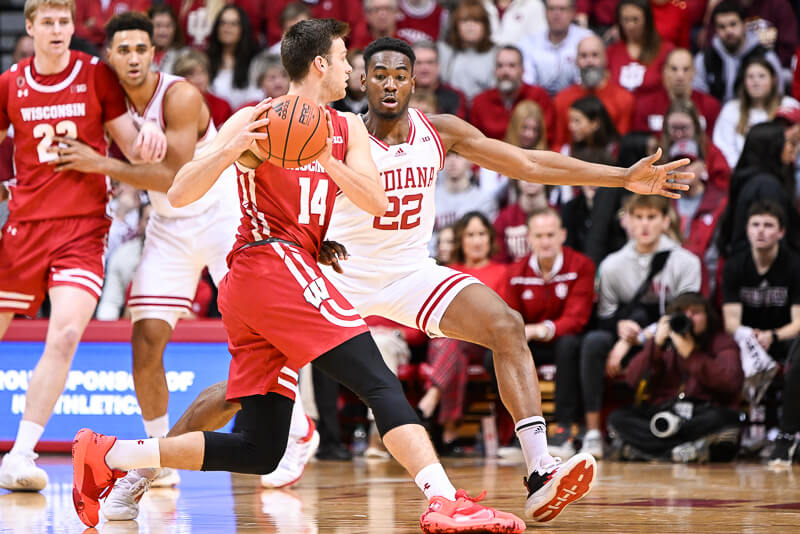 Quick thoughts on a 63-45 win against Wisconsin:

It was an offensive struggle in the first half for Indiana and Wisconsin. The two teams combined for 41 points and neither team led by four points. The Hoosiers were more connected defensively than we’ve seen in weeks, holding the Badgers to 20 first half points and just .66 points per possession. But it was a struggle offensively as Indiana didn’t make a 3-pointer and shot just 10-for-33 from the field. Trayce Jackson-Davis was 2-for-6 from the field and finished the opening 20 minutes with four points, seven rebounds, three blocked shots and an assist. Indiana led 21-20 at intermission.

Indiana held the Badgers to just 45 points and .72 points per possession. Wisconsin shot just 32.1 percent from the field. 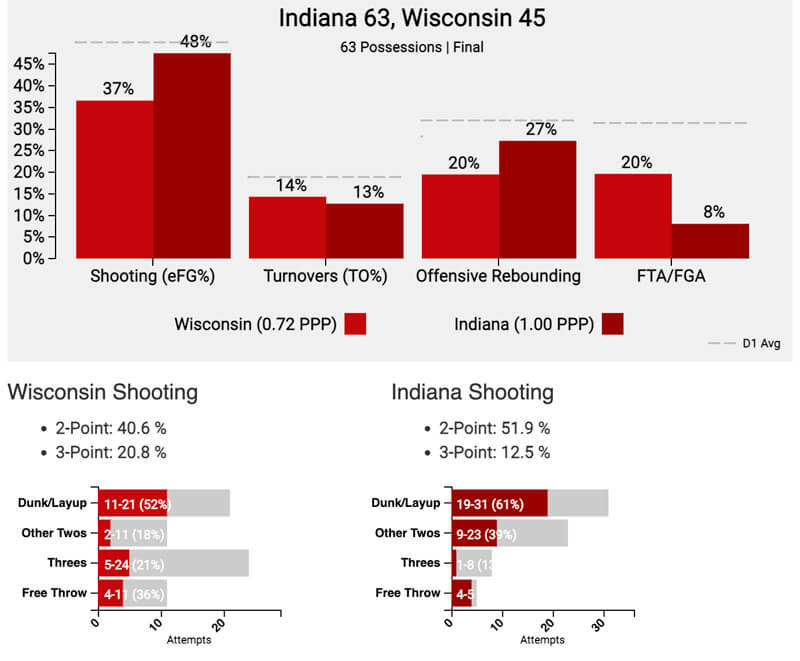