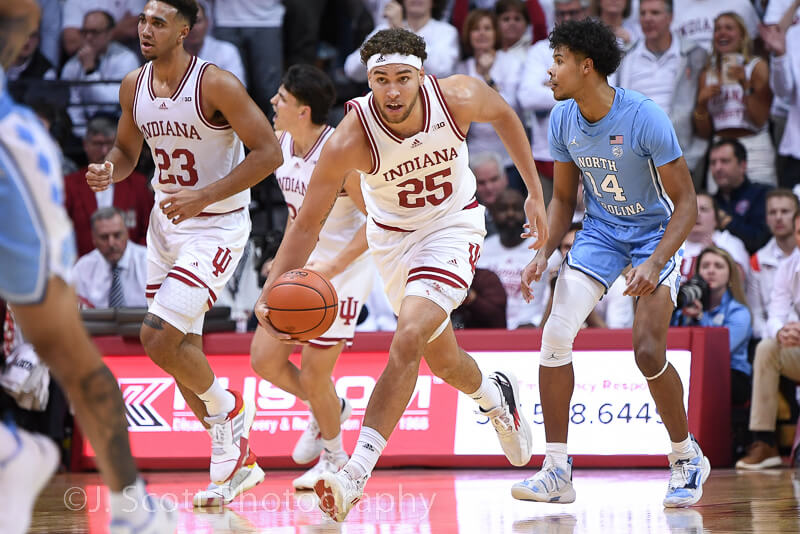 Indiana’s Race Thompson has an MCL sprain, according to Jeff Goodman of Stadium.

Thompson suffered the injury in the first half of Indiana’s loss at Iowa on Jan. 5.

According to Goodman, “the hope is that Thompson can return sometime in early to mid-February.” Indiana has not released any specifics on Thompson’s injury, nor announced a timetable for his return.

The latest update on Thompson from Indiana indicated the redshirt senior forward is out indefinitely with a leg injury.

Thompson is averaging 8.4 points and 6.1 rebounds per game.

Indiana is 10-6 overall and 1-4 in the Big Ten. The Hoosiers host Wisconsin on Saturday afternoon at Assembly Hall.