At the Buzzer: Northwestern 84, Indiana 83 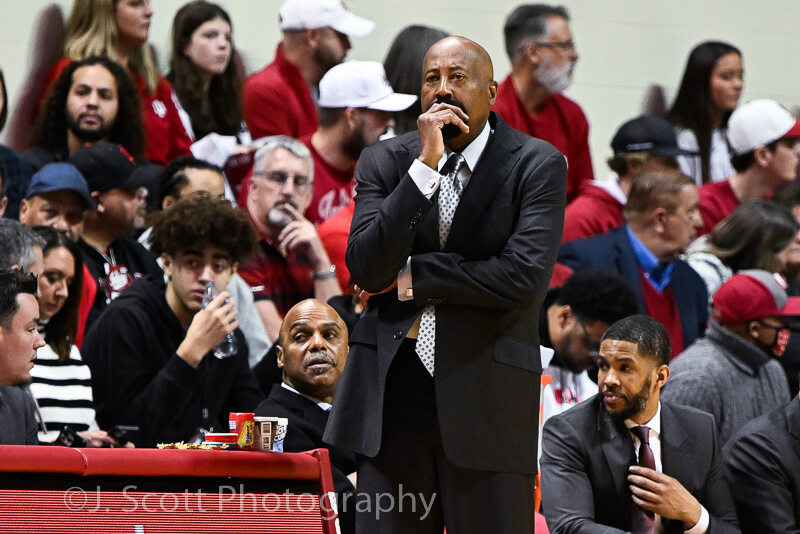 Quick thoughts on an 84-83 loss to Northwestern:

It was a wild first half in Sunday’s matinee at Assembly Hall. Indiana came out flat defensively and Northwestern exposed the Hoosier defense early and often. The Wildcats led 34-17 at the 8:28 mark of the first half and the IU faithful were restless. Mike Woodson changed things up defensively, opting to go to a zone defense to give Northwestern a different look. The Wildcats scored just seven points the rest of the half and Indiana climbed back into the game on the strength of Jalen Hood-Schifino’s strong first half (12 points) and a monster first 20 minutes from Trayce Jackson-Davis. The lefty big man played all 20 first half minutes and had 10 points, 13 rebounds and seven assists. Still, there was plenty of ugly on the first half stat sheet. Indiana surrendered 1.17 points per possession and Northwestern had 16 points off of turnovers in the first half compared to zero from the Hoosiers. At the half, IU trailed 41-34.

Indiana’s late first half momentum didn’t translate to the second half. By the 12:42 mark of the second half, Northwestern led 55-43. The points off of turnovers stat ballooned to 22-0 in favor of Northwestern. The Hoosiers, however, didn’t quit. By the 8:22 mark, Indiana cut the lead to eight at 65-57. But out of a timeout, Tamar Bates missed the front end of a 1-and-1 and the Wildcats scored on the other end to push the lead back to 10. Indiana fouled a ton down the stretch and trailed by four when Trey Galloway tossed in a heave at the buzzer to make the final deficit one. The loss, IU’s first at home, dropped the Hoosiers to 1-3 in league play and 10-5 overall.

Statistic that stand out

Northwestern scored 25 points off of turnovers and Indiana scored six. 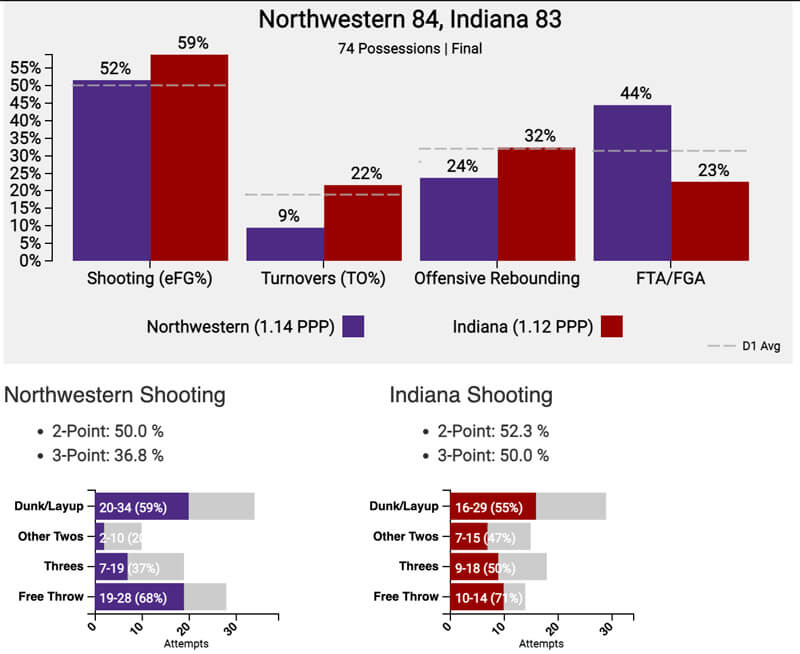