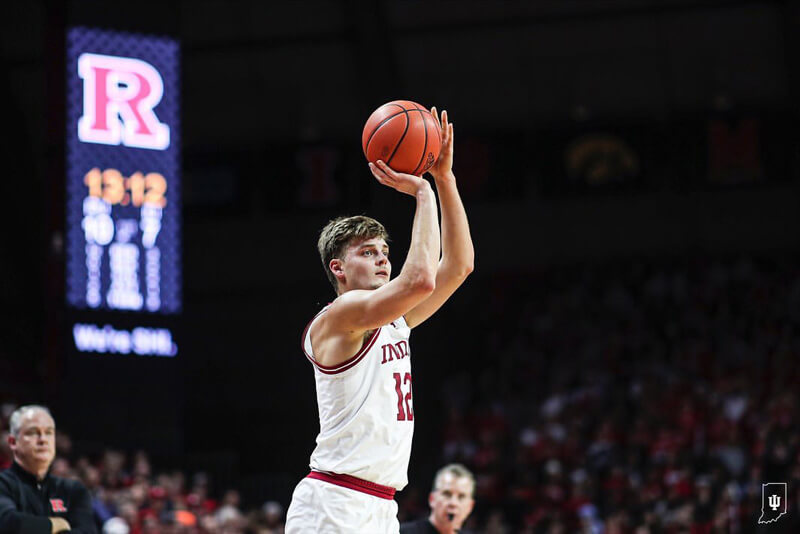 Indiana was outhustled from the opening tip on Saturday afternoon in Piscataway. Despite losing Cliff Omoruyi early in the game to foul trouble, the Scarlet Knights imposed their will on the boards against the Hoosiers. Rutgers grabbed 14 offensive rebounds in the first half and scored 14 second-chance points. If not for a hot shooting performance from Miller Kopp (5-for-7), Indiana could have been down much more than seven at intermission. The Hoosiers scored just .74 points per possession on 8-for-28 shooting from the field and only 5-for-10 from the free throw line in the opening 20 minutes.

The Hoosiers battled back, however, in the second half. A 7-0 run, which featured back-to-back 3-pointers from Xavier Johnson and Kopp, tied the game at the 15:05 mark, forcing a Rutgers timeout. The Hoosiers led by two at 37-35, but Rutgers answered with the next five points to claim a 40-37 lead at the under-12 media timeout. The Scarlet Knights came out of the timeout and got five more points from freshman Derek Simpson to push the lead to 45-37 with 10:04 to play. Simpson’s layup pushed the lead to 10 at the 9:03 mark and the run reached 15-0 by the 8:21 mark on a Mawot Mag layup. Indiana never got closer than nine the rest of the way.

The loss, Indiana’s first of the season, drops the Hoosiers to 7-1 ahead of Wednesday’s home game against Nebraska.

Indiana’s only reliable performer offensively was Kopp, who finished with a game-high 21 points. Kopp was 8-for-12 from the field in 35 minutes.

Indiana scored a season-low 48 points in the loss and only .72 points per possession, also a season-low.

Rutgers has now won six straight against Indiana and eight of its last nine overall against the Hoosiers. The Scarlet Knights lead the all-time series 8-7. 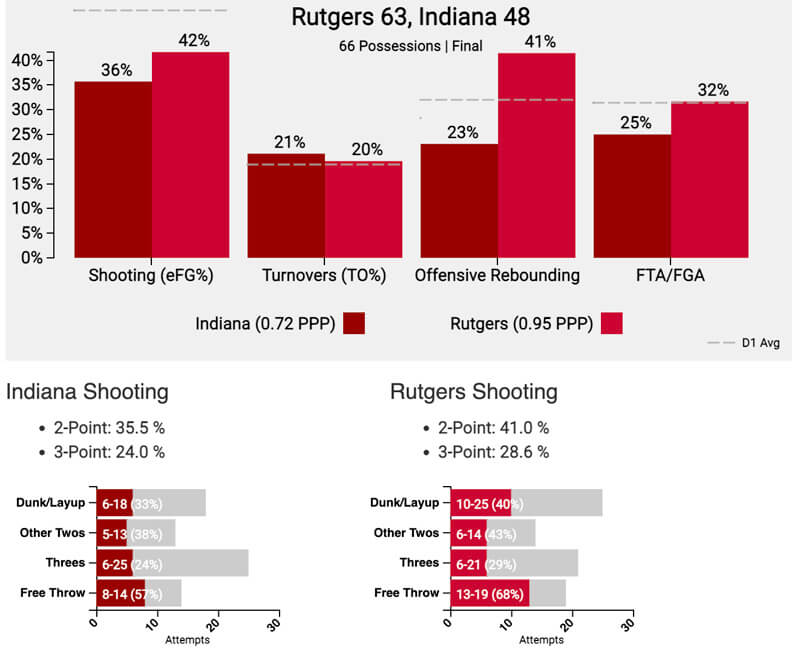