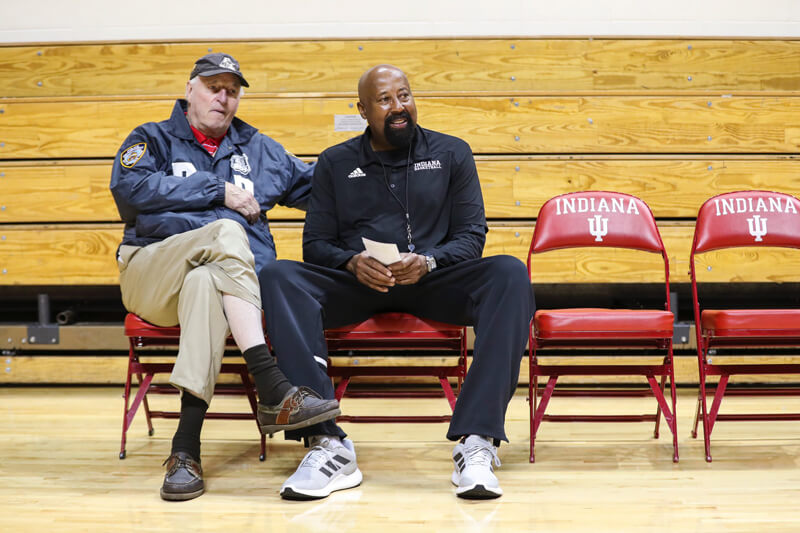 Legendary Indiana coach Bob Knight was back at Assembly Hall Tuesday night in advance of the program’s matchup against North Carolina in the 2023 Big Ten-ACC Challenge.

IU’s official Twitter account shared images of Knight in Assembly Hall with the caption “Legends in the building.”

Legends in the building. pic.twitter.com/xdNwJT81Ao

Tim Garl, Ted Kitchel and Randy Wittman were seated next to Knight in the photos.

Last fall, Knight attended a practice at Assembly Hall ahead of the start of the 2021-22 season, Woodson’s first as Indiana’s coach.

Wednesday’s game against North Carolina will be Indiana’s final time playing in the Big Ten-ACC Challenge, which is ending after this season.

Knight made his first public return to Assembly Hall since his dismissal in the fall of 2000 on Feb. 8, 2020 for the IU-Purdue game.