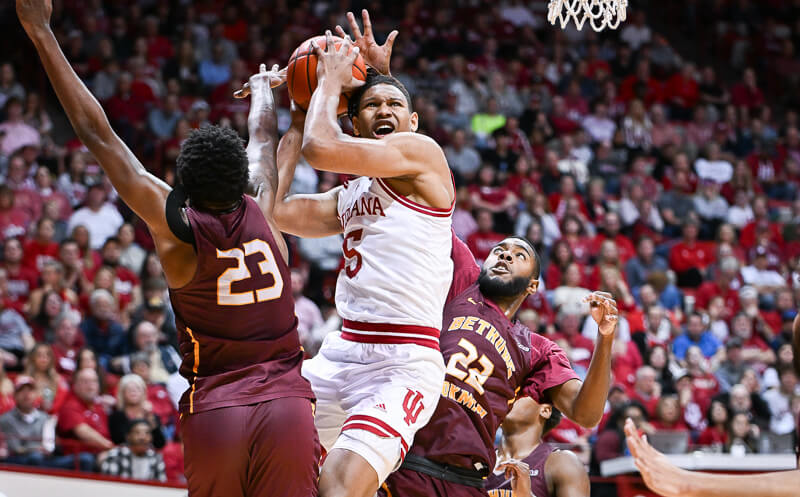 Quick thoughts on a 101-49 win against Bethune-Cookman:

Indiana led just 12-10 early against Bethune-Cookman, but the bench quickly put the game away midway through the first half. Fueled by strong 3-point shooting, the Hoosiers push their lead to 15 at 27-12 by the 8:44 mark of the first half.

By halftime, Indiana had carved up the Bethune-Cookman 2-3 zone with an 8-of-16 performance from behind the arc. Five different Hoosiers made 3-pointers in the opening 20 minutes: Miller Kopp was 3-of-4, Trey Galloway made both of his attempts, Malik Reneau splashed in his only attempt, as did Jordan Geronimo. And Tamar Bates was 1-of-3. Indiana finished the first half with 1.45 points per possession and a 49-23 lead.

The Hoosiers stretched the lead to 33 with an 11-0 run over an 80-second sequence early in the second half. By the 9:37 mark, Indiana stretched its lead to 36 at 75-39. The easy win improved Indiana to 2-0 ahead of next week’s matchup against Xavier in the Gavitt Tipoff Games in Cincinnati.

It was another efficient and productive evening for Trayce Jackson-Davis. The preseason All-American finished with 21 points, six rebounds and two assists in 21 minutes. Jackson-Davis was 9-of-10 from the floor.

Kopp also put together a strong performance, finishing with 12 points in 18 minutes. Through two games, the fifth-year senior is 6-of-8 on 3s. 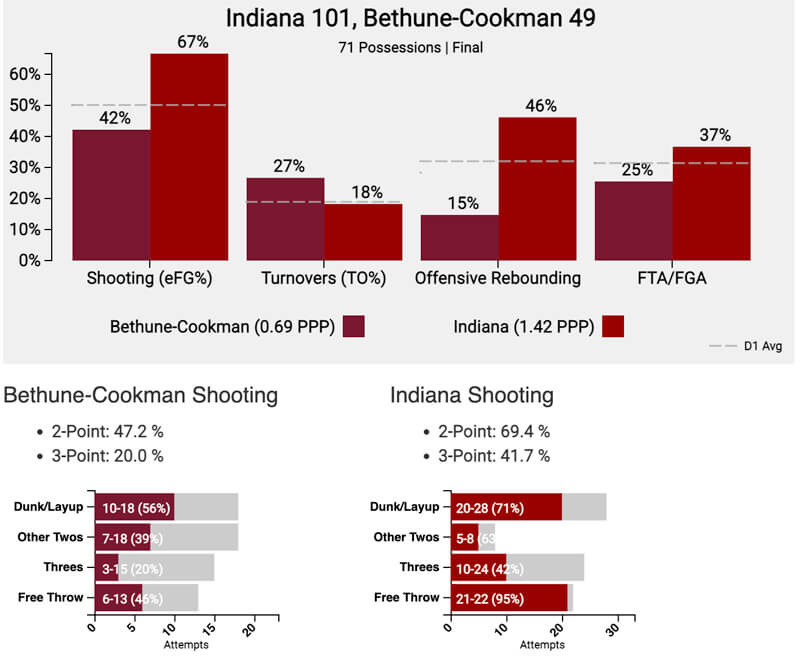