At the Buzzer: Indiana 88, Morehead State 53 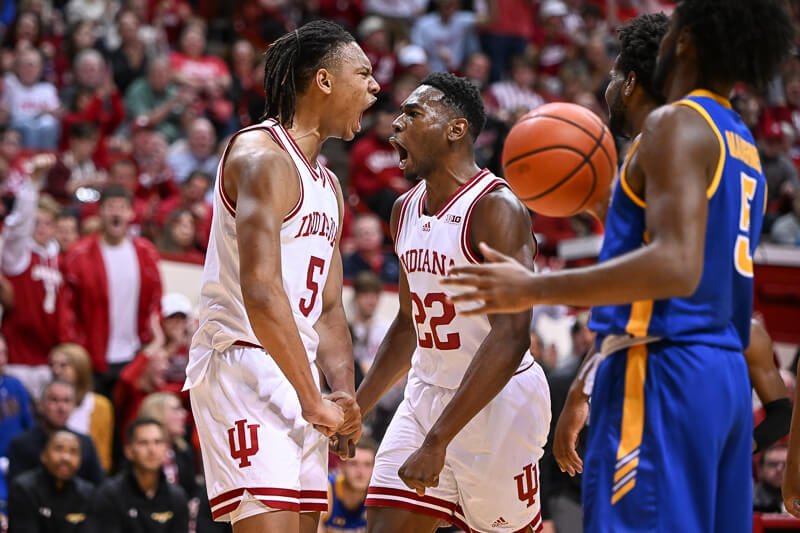 Quick thoughts on an 88-53 win against Morehead State:

It took Indiana a while to get going in Monday’s season opener at Assembly Hall. The Hoosiers led 10-3 at the 16:18 mark, but Morehead State raced back to claim the lead at 17-16 on a Mark Freeman layup. By the 9:17 mark, Indiana and Morehead State were tied at 21. But the Eagles couldn’t take care of the ball down the stretch of the first half and Indiana took advantage. The Hoosiers closed the half on a 20-8 run to lead 41-29 at intermission despite giving up 14 points to Freeman. Morehead State committed eight turnovers in the final 8:20 of the first half.

After only attempting four 3-pointers in the first half, Indiana opened its second half scoring with a Race Thompson 3-pointer from the left wing. The Hoosiers stretched their lead to 17 at 54-37 with 13:06 to play on a Miller Kopp 3-pointer. Another Kopp 3-pointer stretched the Indiana lead to 20 at the 11:28 mark. The lead ballooned to 24 on a Jordan Geronimo dunk with 10:35 to play. Indiana was never challenged the rest of the way as it cruised to an easy victory to open the 2022-23 season. 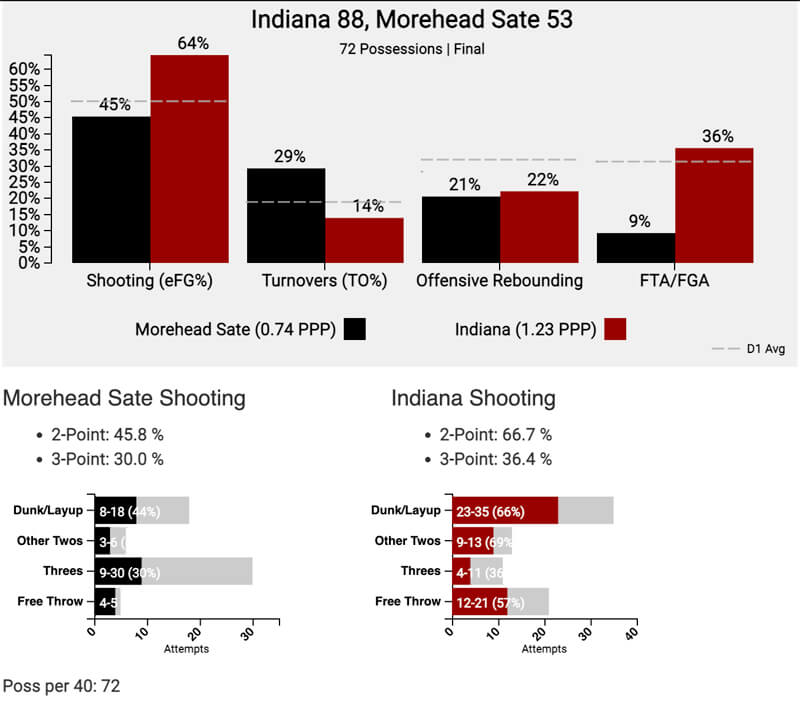