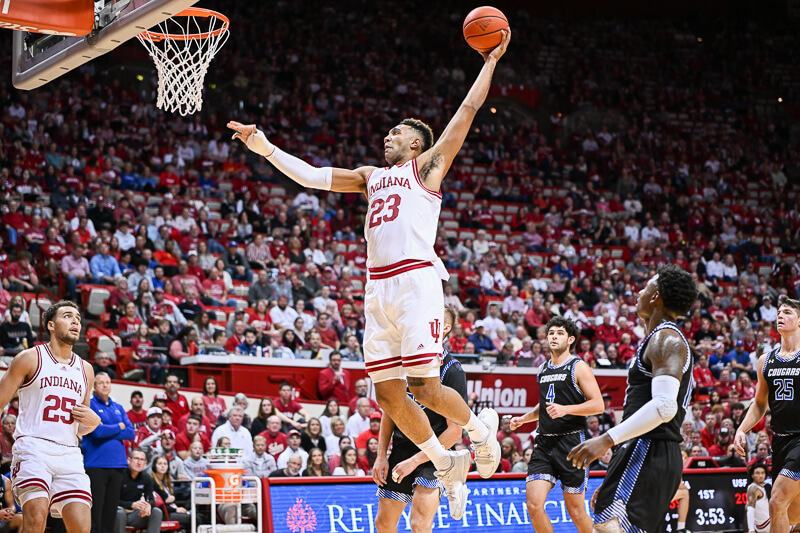 Quick thoughts on a 104-59 exhibition win against Saint Francis:

It was a slow start for Indiana defensively in its second and final exhibition. The Hoosiers were tied with Saint Francis at 11 at the first media timeout. At the time, both teams were scoring at a clip of 1.58 points per possession. It didn’t take long for Indiana’s superior talent to take control, though.

By the 10:06 mark of the first half, Indiana led 25-13 after a 3-pointer from Trey Galloway and pulled away from there. The Hoosiers led 53-24 at halftime as Trayce Jackson-Davis had 11 points and Jalen Hood-Schifino added 10. Indiana scored 1.47 points per possession in the first half and limited Saint Francis to only .67 points per trip.

The second half allowed Mike Woodson to go deep into his bench as every available scholarship player logged some minutes. Kaleb Banks and Logan Duncomb both sat out due to illness. Indiana’s largest lead was 49 points as the Hoosiers cruised to another comfortable exhibition victory.

Indiana had its way offensively against an overmatched opponent scoring 1.41 points per possession. 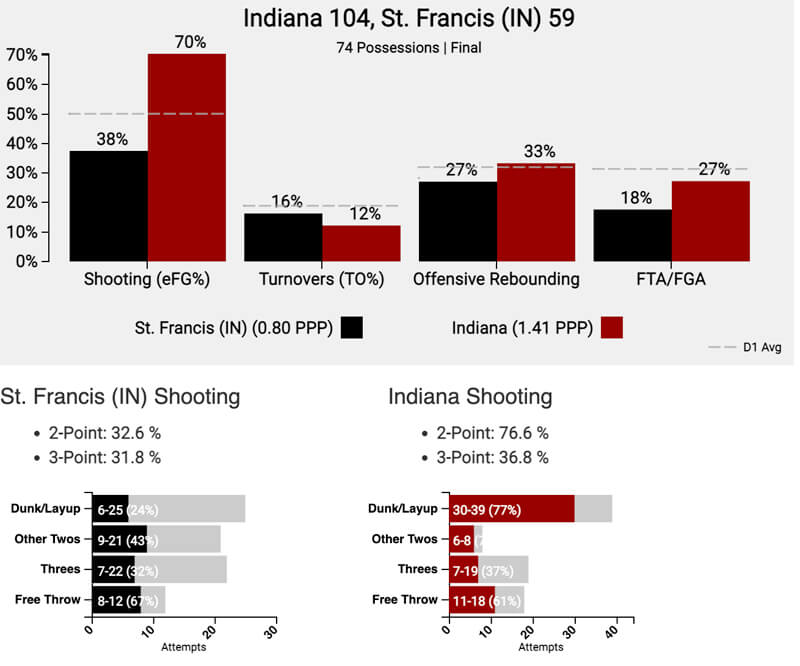