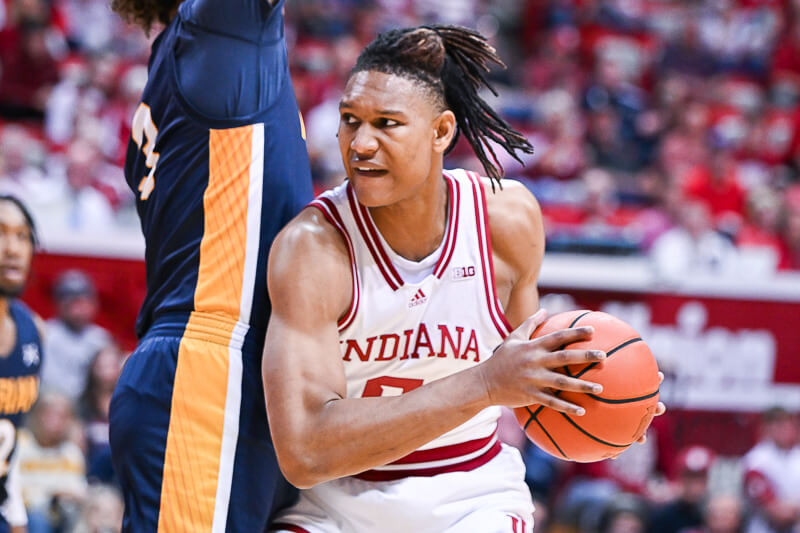 Quick thoughts on a 78-42 exhibition win against Marian:

This one was never in doubt. Marian, where former Hoosier Steve Downing serves as Athletic Director, is an NAIA program. The talent disparity was displayed from the opening tip.

Trayce Jackson-Davis and Tamar Bates sat out for precautionary reasons, but it didn’t matter. Indiana raced to a 10-2 lead early and never looked back. The freshmen were impressive from the onset. Malik Reneau had 12 points and seven rebounds in the first half. Jalen Hood-Schifino added eight points, three rebounds and three assists. Race Thompson made all three of his 3-point attempts. Despite turning it over on 22 percent of its possessions, Indiana led 42-21 at halftime.

By the first media timeout of the second half, Indiana had stretched its lead to 27 at 52-25. The Hoosiers led by 30 at 60-30 after a Trey Galloway 3-pointer with 11:57 to play. By the 9:48 mark, Indiana had a lineup of Trey Galloway, Kaleb Banks, Logan Duncomb, Jordan Geronimo and CJ Gunn on the floor as it cruised to victory in its exhibition opener. The Hoosiers will have four days off before hosting Saint Francis in a final exhibition tuneup on Thursday evening.

Reneau was terrific, posting a double-double with 14 points and 10 rebounds as he started in place of Jackson-Davis. Thompson (13 points) and Hood-Schifino (11 points) also finished in double figures.