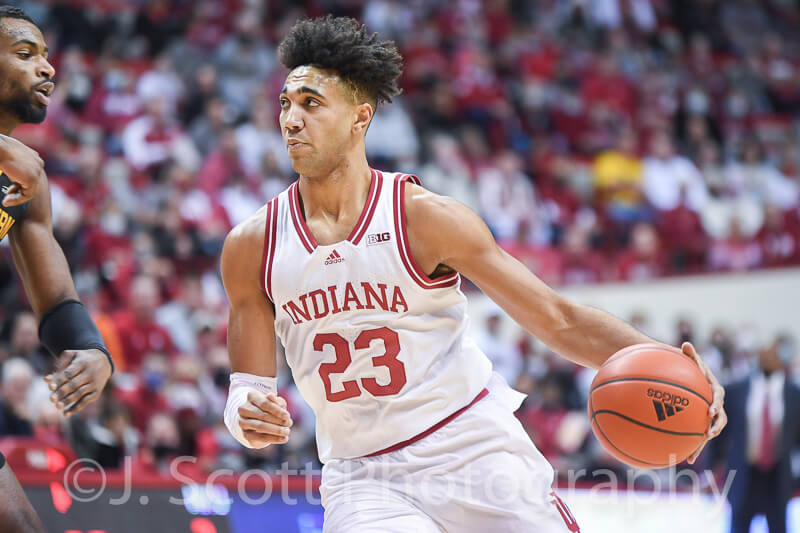 Indiana is a “little banged up” entering Saturday’s exhibition opener against Marian University.

In a media availability on Friday morning, Mike Woodson said he’s unsure if the Hoosiers will be full strength this weekend at Assembly Hall.

“Trayce (Jackson-Davis) is a little banged up,” Woodson said. “Tamar Bates has been sidelined for the last couple of practices. We’ve kind of been going at each other and it’s been a long run from this summer in terms of competing with one another.”.

Jackson-Davis has been photographed recently wearing a wrap on his right hand.

Woodson did not address a specific injury for either player.

“I don’t know yet (if they’ll play),” Woodson said. “I’ll know that today once I get to practice and get an injury update and see how guys are doing. I’ll have to face that as a game decision as I just don’t know at this point.”

Indiana and Marian will tip at 3 p.m. ET on Saturday on B1G+.

The Hoosiers open the regular season at 7 p.m. ET on Monday, Nov. 7 against Morehead State on B1G+.

Update: Bates and Jackson-Davis will not play:

Trayce Jackson-Davis and Tamar Bates court side in suits. Not warming up. #iubb pic.twitter.com/4bnqmiDUAa