Six former Hoosiers will be on opening night NBA rosters 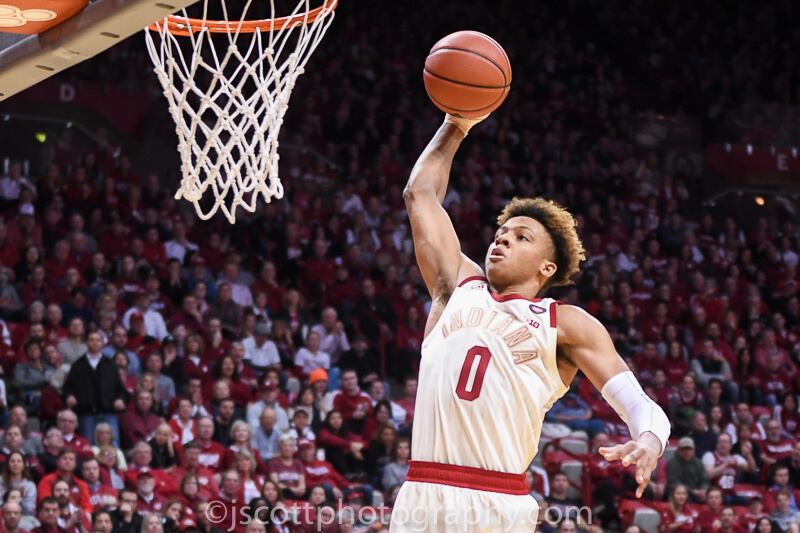 Indiana basketball will have six former players on opening night rosters for the 2022-23 NBA season.

Cody Zeller and Juwan Morgan had training camp deals but were waived before opening night.

The 2022-23 NBA season begins Tuesday, October 18. Here’s a little more on each of the six former Hoosiers in the NBA:

• Oladipo: The former No. 2 NBA draft pick is back for his second full season in Miami. Last season, he played in eight regular season games for the Heat after returning from an injury and then played in 15 playoff games for the Heat. In the 2022 playoffs, Oladipo averaged 10.6 points, 3.4 rebounds, 2.1 assists and 1.3 steals in 24.5 minutes per game.

• Anunoby: The versatile wing averaged a career-best 17.1 points in 36 minutes per game last season. Anunoby earned $16 million in the 2021-22 season and is entering the second year of a four-year contract extension that will pay him a total of $72 million.

• Vonleh: After playing in China last season, Vonleh is back in the association. He made the Celtics opening night roster after averaging 7.3 points and 7.3 rebounds over four preseason games. Vonleh has averaged 4.9 points and 5.1 rebounds over 339 career regular season games.

• Bryant: An unrestricted free agent last summer, Bryant landed back with the team that originally selected him, the Lakers. He played in 27 games last season for Washington, averaging 7.4 points and four rebounds in 16.3 minutes per game.

• Langford: The former New Albany star is entering his fourth NBA season and the final guaranteed year of his rookie contract. Langford played in 44 games last season for Boston before he was traded to San Antonio. Last season with the Spurs, he averaged only 2.8 points in 10.8 minutes per game.

• Gordon: The Indianapolis native is entering his 15th NBA season. He averaged 13.4 points last season for the rebuilding Rockets. He is set to earn $19.1 million this season and has earned more than $157 million for his career.