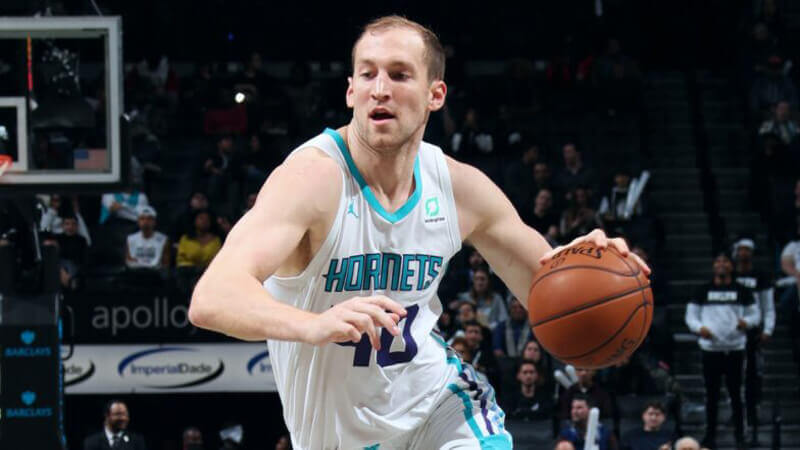 Former Indiana center Cody Zeller has agreed to a training camp deal with the Utah Jazz, according to multiple reports.

The 7-foot Zeller, who starred for the Hoosiers from 2011-2013, will attempt to make the Utah roster when training camp begins in less than a week.

The Washington, Indiana native averaged 5.2 points and 4.6 rebounds for the Blazers over 27 games. Over Zeller’s nine-year NBA career, he’s averaged 8.5 points and six rebounds per game.

According to Spotrac, he’s earned nearly $75 million in his career.

The Jazz are in full rebuilding mode after trading Ruby Gobert and Donovan Mitchell this offseason. The Salt Lake Tribune handicapped Zeller’s chances to make the roster:

Zeller’s future in particular with the Jazz may depend on future trades the organization makes. In particular, the team currently has 17 players under guaranteed contracts, while the team will need to get down to 15 by the time the season rolls around in mid-October. Should the Jazz waive him, they could retain his G-League rights, and Zeller could stand ready-in-waiting while playing for the Salt Lake City Stars should he choose that path.