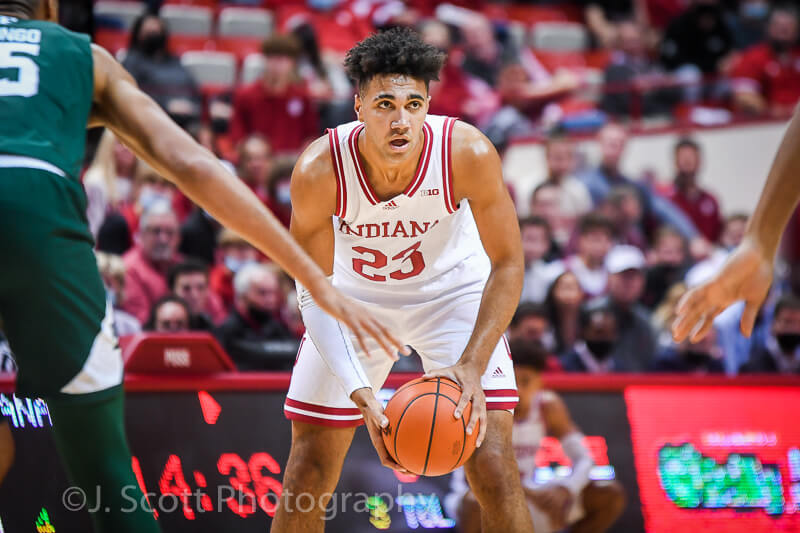 Lindy’s, which picked Indiana as its preseason No. 6 team nationally, has a regional cover being sold in Indiana featuring Xavier Johnson.

Here are some notes on Indiana and the Big Ten at large from the annual publication:

· Lindy’s ranked all 32 conferences in college basketball and ranked the Big Ten first.

· Jackson-Davis is on the preseason All-Big Ten first team with Murray, Edey, Dickinson and Omoruyi. The second team is Pickett, Shannon Jr., Battle, Mayer and Sueing. The third team is Johnson, Young, Hall, Thompson and Wahl.