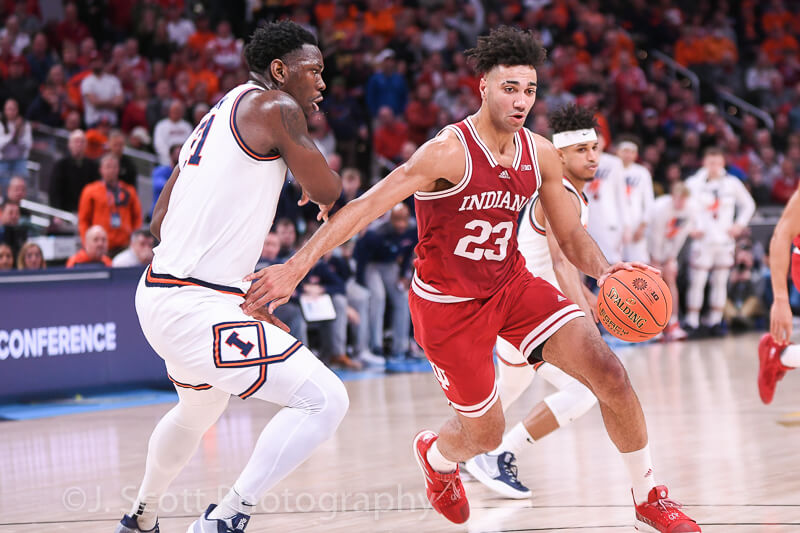 We’re still two months from the start of the 2022-23 college basketball season, but ESPN’s Joe Lunardi has a fresh set of projections for the 2023 NCAA tournament bracket.

Lunardi has Indiana as his highest-seeded Big Ten team and also included this note about the Hoosiers:

The first national championship game I attended was in 1981, with Indiana and Bobby Knight getting past North Carolina and Dean Smith. It has been in my head ever since that Indiana is part of college basketball royalty. Sadly, in my years as a bracketologist, the Hoosiers have rarely lived up to that label. A surprise Final Four in 2002 and a single No. 1 seed in 2013 are the best the Hoosiers have managed in a quarter century — until now, with Indiana checking in as the highest-seeded Big Ten team in our latest bracket. The season is still two months away, of course, but it says here that Indiana is finally back — and that the sport is better because of it.

The Hoosiers are one of eight Big Ten team in Lunardi’s mock field. Indiana is a No. 3 seed in the East Region.

The SEC and Big 12 both have seven teams projected to make the 2022 NCAA tournament field by Lunardi and the ACC has six.

The full projections from Lunardi are available here.