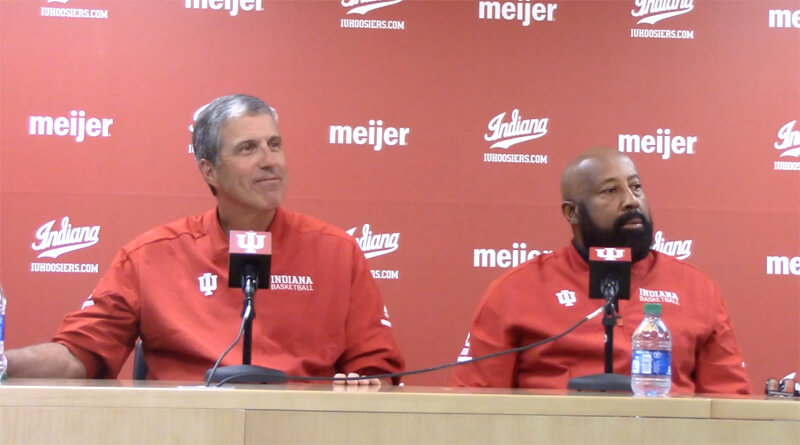 Former Indiana guard Randy Wittman is one of five individuals who will be honored in September for his contributions to IU Athletics.

Wittman and former IU football player Joe Huff will be honored with the Clevenger Award on September 16-17 at the Henke Hall of Champions in Bloomington.

Here’s more on Wittman from the IU Athletics release:

A member of three Big Ten men’s basketball championship teams and the 1981 NCAA Championship squad, Randy Wittman (BS ’82) is one of the most accomplished players in the history of IU Men’s Basketball.

Wittman starred for Coach Bob Knight’s Hoosiers from 1979-83, and ranks 15th in program history with 1,549 points. He averaged 10.4 points/game as a sophomore and was a key piece to the Hoosiers’ NCAA Championship squad, capping the title run with 16 points in IU’s 63-50 win over North Carolina. As a senior in 1983, he earned Big Ten MVP and All-American honors while averaging a team-best 18.9 points and shooting 54.3 percent from the floor to lead IU to the Big Ten Championship.

Wittman’s successes at the collegiate level were followed by success in the pro ranks. After being selected with the 22nd pick in the first round of the 1983 NBA Draft, Wittman spent nine years in the NBA with the Atlanta Hawks (1983-88), Sacramento Kings (1988-89) and Indiana Pacers (1989-92). He averaged 7.4 points/game during his career and averaged double figures three times, highlighted by his 12.9 points/game average with the Hawks in 1985-86.

As his playing career concluded, Wittman quickly moved into the NBA coaching ranks. After seven years as an NBA assistant, he got his first head coaching opportunity with Cleveland, leading the Cavaliers franchise from 1999-2001. He later had head coaching stints with both the Minnesota Timberwolves (2007-08) and Washington Wizards (2012-16). While with Washington, he twice guided the franchise to appearances in the Eastern Conference Playoffs semifinals.

Wittman has remained involved with the IU Men’s Basketball program in the nearly four decades since his graduation. A former teammate of current Hoosier head coach Mike Woodson, Wittman was instrumental in IU’s successful efforts to welcome Coach Bob Knight back to an IU Men’s Basketball game in 2020.

Five individuals are set to be honored for their enormous contributions to Indiana University.