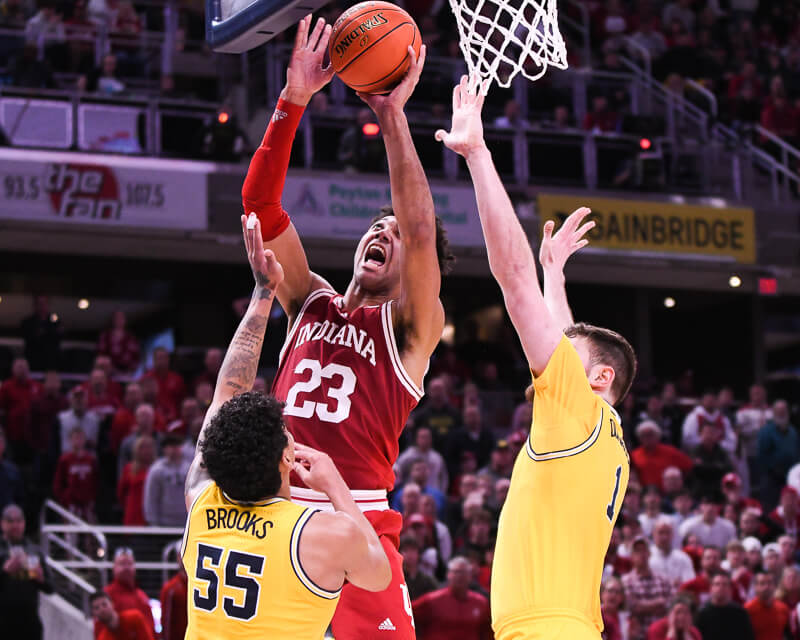 The participants for 5v5 scrimmages for this week’s NBA draft in Chicago combine are out and Indiana’s Trayce Jackson-Davis is not listed on any of the four rosters.

Typically the top prospects do not play 5v5 at the combine, but prospects slated for the second round do opt to participate in order to try to boost their draft stock.

A source close to the situation told Inside the Hall on Wednesday that Jackson-Davis will not participate in 5v5 after a positive COVID-19 test last week.

Team assignments for the 2022 draft combine are as follows: pic.twitter.com/KMqlBsU6Cf

On Tuesday, Indiana coach Mike Woodson spoke about the future of Jackson-Davis prior to the Big Brothers Big Sisters of Northeast Indiana Gourmet Dinner in Fort Wayne.

“I think the big question now is, ‘is Trayce Jackson-Davis going to come back?’ I know he’s going to test the (NBA draft) combine this week in Chicago,” Woodson said. “And then he’s got until June 1 to make the decision if he’s going to go pro or come back. I’m hoping like hell he comes back because he’s a big piece to the puzzle.”

The NBA Draft combine runs from May 18th through 20th and will be televised by the ESPN family of networks.