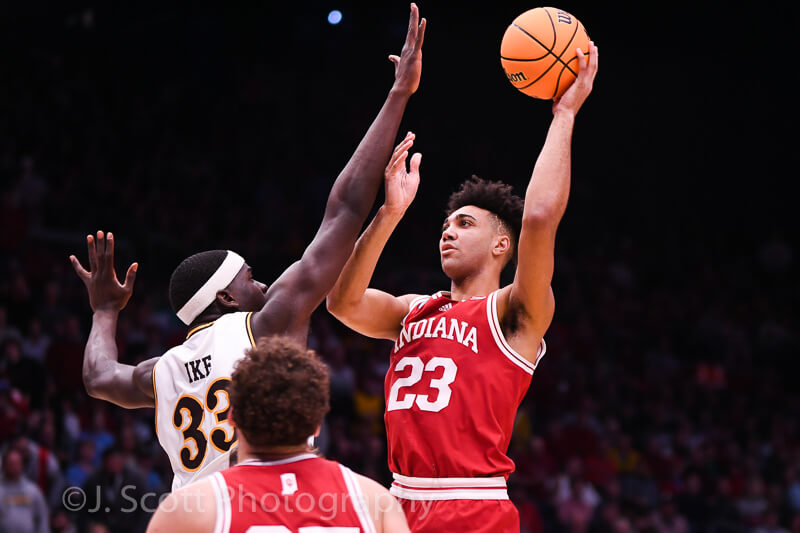 It appears Trayce Jackson-Davis is working on expanding his game to the perimeter.

Jackson-Davis, who is testing the NBA draft waters, is out in Los Angeles working out.

Great to see Trayce Jackson-Davis showing more of his perimeter game + shooting potential in a workout/2-on-2 setting after taking just three 3s @ IU. Jackson-Davis has been a stabilizing force for the Hoosiers w/ 1,588 PTS, 796 REBS, 142 AST and 178 BLKS in 94 games (all starts) pic.twitter.com/iWzevQdzcV

Whether or not Jackson-Davis receives an NBA draft combine invite could reveal a lot about his draft stock in the eyes of the NBA. By declaring for the draft, he is also eligible to work out for NBA teams and receive feedback.

Most of the current mock draft projections have Jackson-Davis in the second round or going undrafted.

The deadline to withdraw from the draft while maintaining college eligibility is 11:59 p.m. ET on June 1.